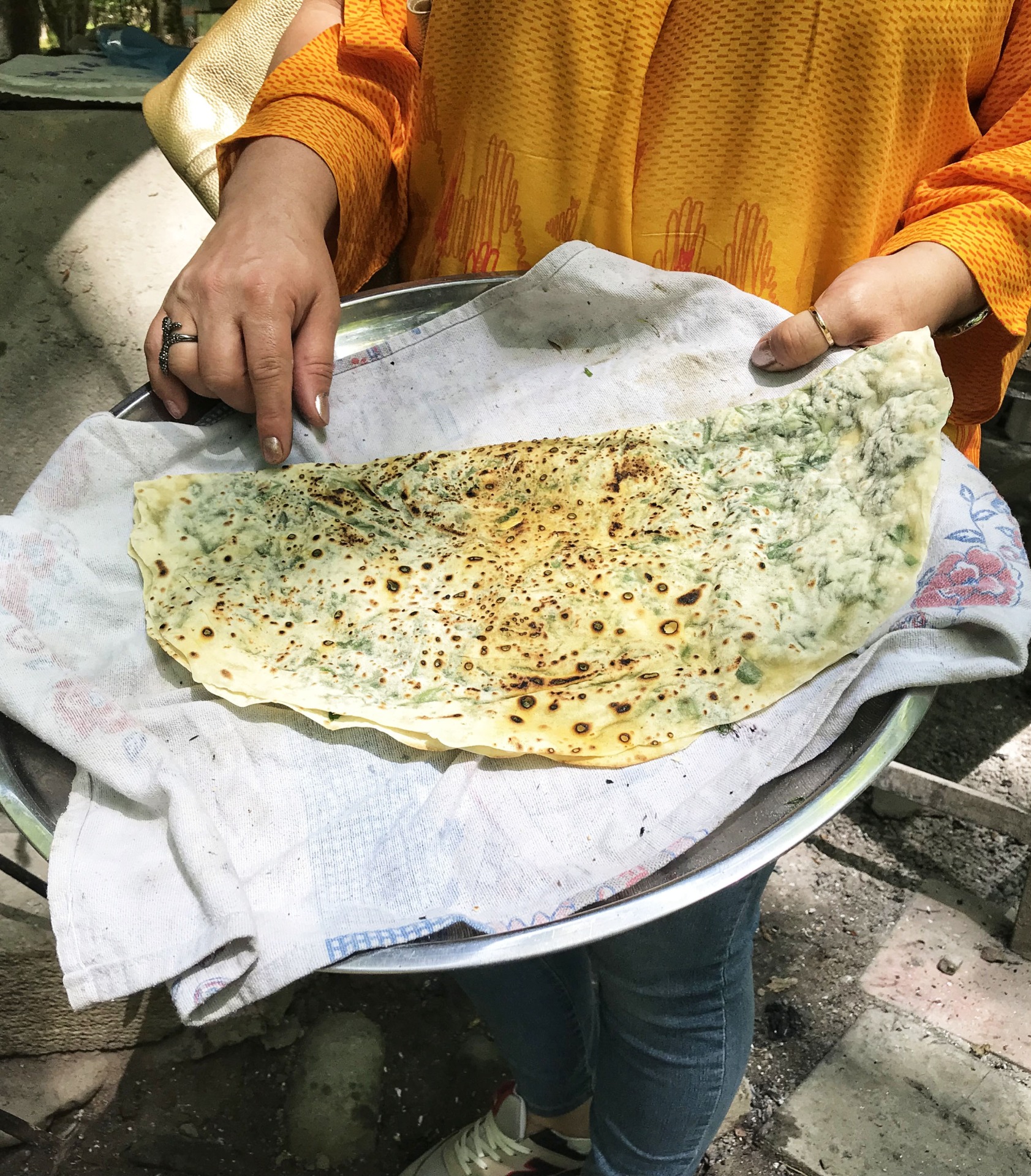 Did you know?
# The process of making Azeri specialities dolma and flatbreads (lavash, katyrma, jupka, yufka) are inscribed in UNESCO’s Representative List of the Intangible Cultural Heritage of Humanity.
# Azerbaijan cuisine boasts of more than 30 types of soups.
# Black caviar from the Caspian Sea is among the most sought after in the world.

Azerbaijan boasts of human settlements dating back to the Stone Age, a religious history that shows a shift from Zoroastrianism to Christianity and then Islam and an enviable cultural influence initiated by travellers who passed through the Silk Route. The violent political history combined with the above, have given Azerbaijan a unique identity.
This uniqueness is reflected in the cuisine that remains undiscovered and unknown. And that is a tragedy.

In the previous post, we began the journey of exploring Azerbaijan cuisine. We’ve indulged the sweet tooth (read Chai, halva & Azeri hospitality) and whet our appetite with appetisers, breads and cheese (read A newbie’s guide to Azeri cuisine #Chapter1); it’s time for the main course.

Plov/Pilaf
With over 40 varieties – some say its 400 – being part of the Azerbaijan cuisine, pilaf or plov is the undisputed king. As per a book of Azeri recipes that I was gifted, “As we used to say in Azerbaijan, we do not imagine any party, festivity of a wedding ceremony without a flavoured, tender and amazingly tasty pilaf.” Similar to the Indian pulao, pilafs are served with side dishes – we had a herb pilaf with dovga, toyugh levenghi and goyerti kyukyu.

Piti
A dish much revered by Azeris, the piti is best when
* It is slow-cooked
* Eaten a day after
* Made and eaten in Shaki

An acquired taste, piti is cooked in small sealed crocks, each crock is an individual serving. In Azeri language, these crocks are called chanag or kyupe. Piti is made by placing boneless lamb/mutton, chickpeas, diced onion, dried chestnuts and prunes in a crock. These ingredients are infused in saffron and turmeric water, seasoned with salt and pepper, covered with a lump of fat, sealed and slow-cooked. The uncovering is done right before the food is served.

Piti is eaten in two steps.
Step one: Crumble bread in a deep dish, uncover the piti, pour out the soup only, allow the bread pieces to soak in the soup and tuck in. (as shown in video)
Step two: Once you’ve polished off the soup, crumble some more bread in your plate, scoop out contents of the crock and mash it all up. Season with salt and pepper (if needed), sprinkle some sumac, add a dash of pomegranate or alcha sauce and savour.

Toyugh Levenghi
Literally translating into ‘chicken stuffed with ground walnuts and dried fruit’, this tandir dish is yet another speciality of the Azeri cuisine. Heavy on the tummy – I needed to pop a digestive pill after a meal of this – the chicken levenghi oozes flavours! The hero of the dish is the walnut stuffing that is made of the dried fruit mashed to such an extent that I mistook it for minced meat! “Levenghi can be used as stuffing for whole fish like sea bass or red snapper too,” said our host Seva.

Goyerti Kyukyu
THIS! This is a dish I would love to make at home if I can lay hands on the most important ingredients, fresh herbs. This egg dish is a variation on the frittata, the vegetables replaced with herbs that cause an explosion of taste on your tongue. Seva (our host) said that the kyukyu, along with the dyushbara and dovga, are staples at most homes. These are made in huge batches and stored in refrigerators. While the kyukyu and dyushbara are stuffed in the freezer, the dovga is tucked away in the refrigerator and bowls pulled out in times of need. Make the Azeri kyukyu at home with the recipe in Herb-y Egg Delight with an Azeri Touch.

Kebabs
A familiar term across the world, Azerbaijan cuisine excels in making kebabs of everything! Be it meat or vegetables, it can be seasoned, skewered and barbequed. Served with a variety of sauces and as a side dish with pilaf or eaten simply with bread, it is grilled on a special barbeque.

We sampled the lyulya kebab (minced lamb kebab), badymjan kebab (aubergine kebab), gabyrga kebab (lamb rib kebab) and the kartof kebab (potato kebab). A word of caution for vegetarians: a lot many kebabs are basted with animal fat, including the vegetable kebabs. In fact, the potato kebab is a favourite because of the flavour of the animal fat.

Saj Ichi
I didn’t pay much attention to the saj ichi when it was placed on the dining table on our last night in Azerbaijan. There were a lot many people around, the conversation was flowing and photographs were being clicked. All I knew was that I had the chicken version that had mushrooms so I picked at the food, being severely allergic to mushroom. Imagine my surprise when I was told that traditionally, saj ichi is made of sheep organs (gulp) and vegetables. Saj is the iron pan in which the meat and vegetables are cooked and served. It kind of grossed me out a bit, a very la haggis! (More about my haggis saga on Culinary delights of Scotland #1 / #2)

Stuff I want to eat the next time I am in Azerbaijan
Badambura — A popular sweet pastry stuffed with a filling of almond paste, sugar and spices.
Dolmah – Stuffed vine leaves or vegetables; I’ve had the Greek version, time for the Azeri rendition. (Read about the Greek dolma on Eating done the Greek way)
Fisinjan – A strange, blackish meatball dish.
Kufta bozbash – Meatballs with a dried prune/cherry centred, cooked in broth with potatoes and peas.
Shah Plov – The king of plovs which is cooked inside lavash and looks like a Shah’s crown, hence the name.

Three cheers for my travel wish list: On foreign shores