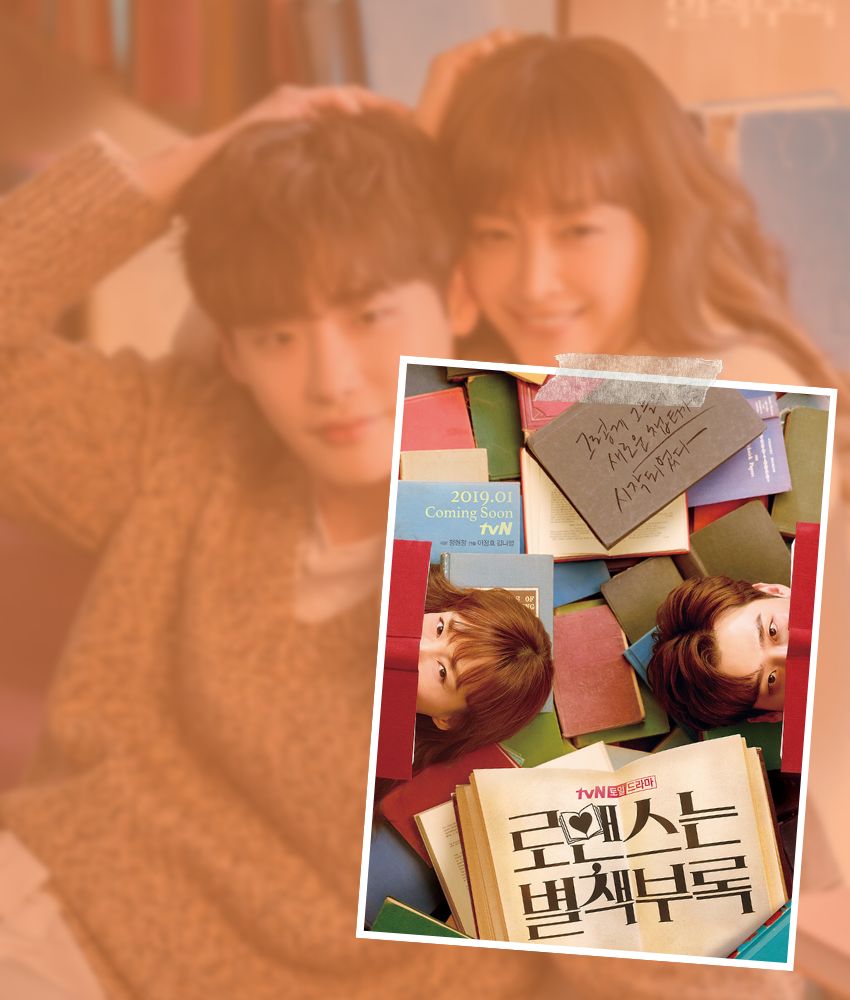 I believe there’s a right time to read a book and until the time has arrived, you will either not enjoy reading the book or will set it aside for later. I’ve noticed the same is applicable to movies and series. There have been times I’ve started a series and stopped it after an episode or two because it didn’t appeal to me. Romance is a Bonus Book is one such drama. RIABB was recommended by the friend who introduced me to Korean dramas in 2019. Back then, I’d given up on the series after episode 4/5, for reasons I don’t really remember. But my 2022 viewing of RIABB has been a smooth sailing. Here’s the good and the bad of this series…

The plot of Romance is a Bonus Book

Kang Dan-i (Lee Na-young), a 37-year-old is scrambling to upgrade her life. The former advertising copywriter has separated from her husband who cheated on her and is now an unemployed single mother. Adding to the struggle of finding suitable employment after the long career gap is the fact that her house is being razed. So, to make ends meet, she is working as a housekeeper… at her best friend Cha Eun-ho’s (Lee Jong-suk) home and he doesn’t know it!

Eun-ho, 32, is a successful author, chief editor and one of the founding members of Gyeoroo publishing. He has been in love with Dan-i since he was a teenager but obviously, the latter is clueless. In the present (of the show) Eun-ho is unaware about Dan-i’s struggles. Eventually, Dan-i finds a job at Eun-ho’s publishing house, the latter finds out about her state of affairs and drags her to live with him until she finds her footing.

The story progresses in tandem with Dan-i’s professional and personal growth. She impresses her colleagues with her hard work and creative flair, makes new chingus and love comes knocking. Of course, the journey isn’t smooth as the duo navigate through personal and professional highs and lows but then, what’s a series without some drama, right?

A very generic and mundane description of this series would be that it is a mature friends-to-lovers romance, the story of a divorced woman fighting against the odds and winning. But just as life isn’t as simple, the series isn’t as generic.

Although branded a romantic comedy, Romance is a Bonus Book may not be a series that viewers in their 20s may relate with because honestly, most of the issues that the protagonist faces are the 30s problem – especially the ‘age discrimination’ and the various societal pressures that ‘aging’ women have to face. And when I say ‘age’ here, I mean women in their late 30s and 40s. It’s subtle but evident in the way Dan-i has to fudge her resume to land a menial job, the way she is berated for trying to take a job that ‘belongs’ to someone younger and her thoughts about exploring a romantic relationship with someone younger.

The highlight of this series is Lee Na-young and Lee Jong-suk’s acting. The former slays as Dan-i, effortlessly showing the character’s inner struggles and determination to survive, her presence of mind and her self-belief. She adds to the existing layers of the character and in doing so, she becomes a heroine viewers will relate to and empathise with – because trust me when I say, we’ve all been there at least once in life.

And please, I simple cannot not mention Lee Jong-suk. The man with the cute face can make your heart flutter and how! Jong-suk’s broad shoulders carry the role of Eun-ho with as much ease as they carry off those amazing long coats and sweaters (a little swoon here please). His admiration, love and support for his noona is evident in every single frame and is like that warm comforter that you want to snuggle into after a hard day. There are several emotional moments and the duo do a brilliant job with these without going overboard.

A key point of attraction here is the setting – Gyeoroo publishing. It makes me want to apply for a job there right away because that’s what a dream job would be, right? Your work is an extension of a genuine love, you get to live in the world of books day in and day out, your bestie works at the office and your love interest does too! And not to forget the colleagues that range from scary and tyrannical to weird and adorable. All the supporting characters – including the potential love interests Ji Seo-joon (Wi Ha-joon) and Song Hae-rin (Jung Yoo-jin) – are well etched, each with backstories that justify their behaviour and add to the storyline.

One of the best moments of the series are in the last episode, when a letter drawing comparison between life-relationships-books is read out. Its poignant, its heartwarming and the reason why the title of the series makes absolute sense.

If you are the kind that needs drama and speed and a cliffhanging end to every episode then Romance Is A Bonus Book isn’t something you want to want. The series, albeit interesting, is a bit scattered and for non-Koreans, the references to books and authors can be a little confusing since we aren’t aware of them.

There is no shock value in the series, not even the unravelling of the mystery creates conflict. Moreover, with a lot of the information dropped in the first half of the series, the remaining episodes are more to tie up the knots and feel dragged out. I’d say chop off an episode and a half!

Its soothing, but sometimes, soothing can put you to sleep too.

For regular updates on recipes, recommendations on things to read and watch and ramblings that make sense, subscribe to the newsletter – you’ll find the form in the sidebar if viewing on a screen and at the bottom if viewing on the phone. Since spamming or flooding your inbox is a huge no for me, these newsletters go out only when I’ve put up a new post or sometimes, once in a month only.