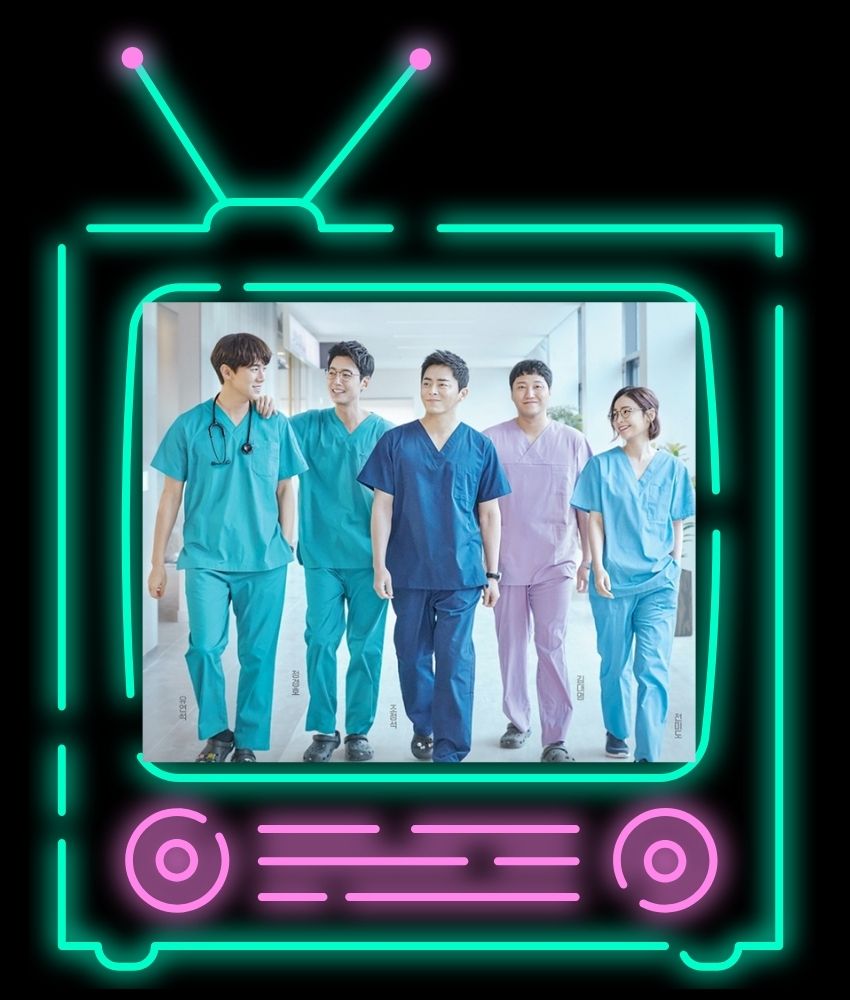 I’ve apparently been watching a lot of drama involving the medical fraternity. Descendants of the Sun, Doctor John, Hospital Playlist, It’s Okay Not To Be Okay – four of the dramas I watched recently revolve around doctors, psychiatrists and men in the military. And the one thing that all these dramas had in common – other than the above mentioned – had emotional triggers.

What are the emotional triggers? To put it simply, an emotional trigger is a topic that makes you uncomfortable, that reminds you of aspects in life that frustrate, disappoint or are associated with uncomfortable memories. And one of the most horrifying memories that were revived was of a case shown in Doctor John where after a long struggle, the patient was diagnosed with myasthenia gravis, a condition that my father was diagnosed with a few years ago. I could only send out prayers of gratitude that my father did not suffer as much as the patient in the series did and is living life as heartily as a senior citizen could in these times. Medical dramas tend to do this, don’t they? Throw up a reminder of something unnerving that may have happened in life, forcing you to stop, think and also express gratitude for the health one enjoys.

Morbid thoughts put aside, the is the review of a drama I would recommend you watch if a break from thrillers and mushy romances is the need of the hour. You can read the reviews of Doctor John and It’s Okay Not To Be Okay on my Instagram stories – click here for the link. About Descendants Of The Sun, well, I need to chew over this global hit for a few more days before I can write about it. Once again, a huge shout out to Tanvi (_sinv.upon.cosv_) for doing such a wonderful job of reinterpreting the poster for Hospital Playlist for my blog. If only I could draw a straight line myself (eye roll here!).

Hospital Playlist is one of the best series I’ve seen in the past few months. I did not want it to end (despite the 70-minutes-and-more long episodes) and was delighted to hear a second season will be out (hopefully) in 2021! And now that is out of the way, here’s a quick review that’ll help you decide if this series should be on your watchlist or not. Because why would my confession drive your choices, right?

At its crux, Hospital Playlist follows the life of five medical professors who’ve been friends since they first met in medical school. Fast forward to 2020 and the gang of five – Jo Jung-suk, Yoo Yeon-Seok, Jung Kyung-ho, Kim Dae-Myung and Jeon Mi-do – are working in different departments at the Yulje Medical Centre while collectively dealing with work pressure, broken marriages, single parenting, irresponsible fathers, meddling mothers and religious awakening! Working through the day (and night too), the group of five lets their hair down by jamming as a band they’d put together back in the days. Of course, none of this without wolfing down copious amounts of mouth-watering food like a bunch of noisy children rather than ‘grown-up’ doctors. And if you think about it, isn’t that something most of us do when we are with friends? Hospital Playlist will take you down memory lane and think of your bunch of looney tunes – just as writer Lee Woo-Jung & director Shin Won-ho did with their Reply series.

OF PLOTS (OR NOT)

Hospital Playlist does not have a plot or a definitive ‘end’ as you’d expect a series to have. The series falls under the ‘slice of life’ genre with every episode portraying a day(s) in the lives of the main characters. There are some nerve-wracking moments, there is tension, there are moments of relief and joy, the kinds you’d expect in a medical drama where our mains are battling to save lives. But despite these stressed moments, Hospital Playlist sustains its humane and heart-warming vibe throughout. And the credit for that lies on the writer-director team and the hero of the series – the friendship of the five friends, their chemistry and how they make you fall in love with them.

It’s a delight to see acting powerhouses Jo Jung-suk, Yoo Yeon-Seok, Jung Kyung-ho, Kim Dae-Myung and Jeon Mi-do share screen space and complement each other. Each of these actors not only makes their character shine but also brings out the best in the fellow actors, their bonhomie evident – what makes it more real is the band (hence the name ‘playlist’) and the jamming sessions. All five actors learned to play the instruments they’ve been assigned in the band and sang the songs and boy are they good!

Jo Jung-suk as Lee Ik-Joon (assistant professor of general surgery) is good looking, super intelligent, exceptional at his work and is not arrogant at all. He’s that charming goofball who redefines the term ‘congeniality’, is oh-so-nosy, drops corny jokes, is cute as a button and sings like a rockstar! His scenes with son Woo-Joo give you some of the cutest scenes of the series! Jung Kyung-ho as the stern Kim Joon-wan is a hoot! Gruff, impatient, snarly and always business-like, this brilliant cardiothoracic surgeon’s character chart is one of the best aspects of this series. Every episode gives you glimpses of the empathic and gooey marshmallow core of Joon-wan.

Every time Yoo Yeon-Seok’s Ahn Jung-won (assistant professor of paediatric surgery) comes on screen, you want to give him a tight hug. His compassion shines through, and while it is this very quality that makes him the best, it’s also the only thing that you learn about this character in the series. While he does get a love life by the end of the series, I wish there was just a little more to this character, just a little more. Kim Dae-Myung as Yang Seok-Hyung is a surprise package! On the surface, he looks like an unassuming teddy bear, but with every episode, you realise the depth of this character in the face of the personal pain he has faced for a larger part of his life.

But the star of the show is Jeon Mi-do as neurosurgeon Chae Song-Hwa. With this character, the writer has managed to rewrite the book on ‘how to show a 40-year-old successful career woman’! Here’s a female character who is successful, a genius in her field, a tough but patient mentor, one of the boys, genuine, sincere, at peace with her quirks, the glue that holds the group together, and not bothered about the lack of a love life! And even more refreshing is that despite her ‘age’, her friends’ mothers find her to be a great potential daughter-in-law! I love Mi-do as Song-Hwa and want to be her when I grow up (some more).

Which is not to say that the show is perfect! A lot of Korean dramas use the technique of withholding information from the audience, only to reveal it later to add a ‘punch’ and explain a particular character development or situation. The Hospital Playlist indulges a bit too much in this technique, especially in the later episodes, and that is a bit annoying. Some critical decisions/events in the characters’ lives are mentioned in passing, even something as serious as a painful divorce, a cheating partner, a life-changing decision. It feels weird. But it does not take away from the series as a whole.

All in all, Hospital Playlist is about the best ship – friendship! The chemistry between the lead actors is bang on, the series is fun to watch being light-hearted, refreshing, poignant (sans the gut-wrenching tears), tense (no nail-biting though) and just the right amount of drama.  Korean doctors have raved about the attention to all things medical, so that’s something. If you’ve wanted to watch something that makes you smile, I’d recommend it. Waiting for season 2 – until then, I want to be Jeon Mi-do’s Chae Song-Hwa when I grow up & I want Woo-Joo!

‘Tis the season to be Jolly!