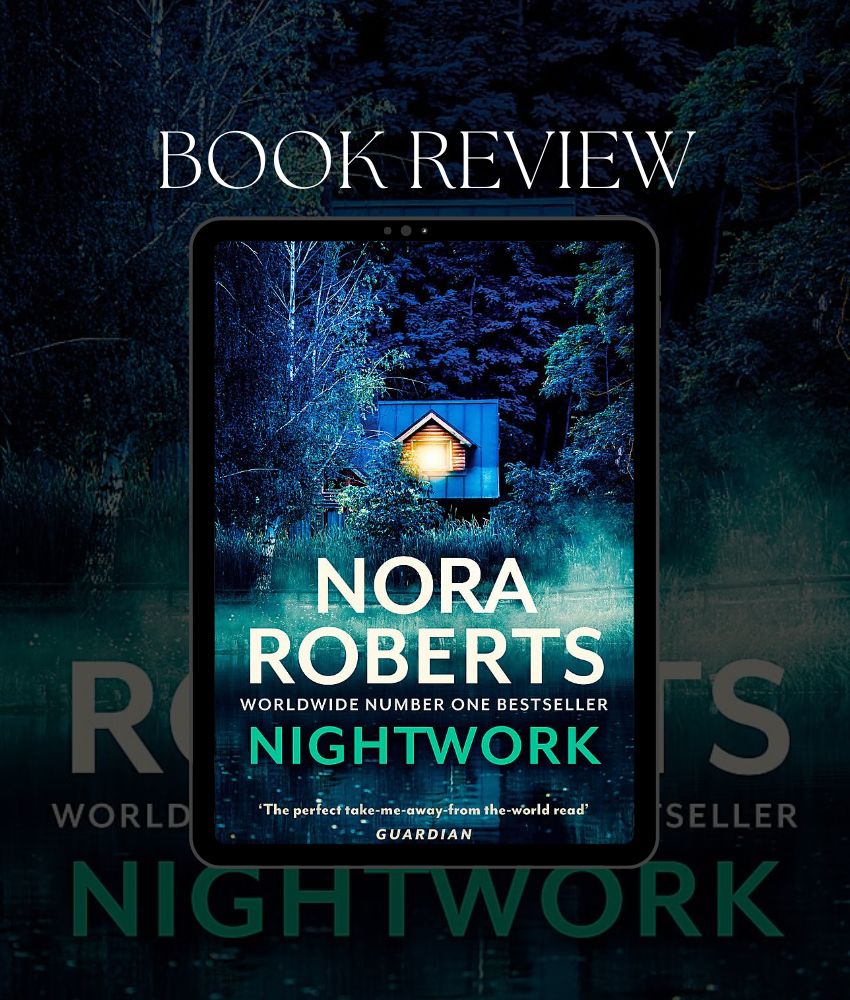 A romantic thriller, Nightwork by Nora Roberts is a treat for her fans and those who have a soft spot for the good boys who step onto the ‘wrong’ paths for justifiable reasons.

Fans of Nora Roberts who’ve probably been wondering if her recent novels were ghost-written might just be delighted by this standalone novel. Nightwork is a page-turner. It spans a couple of years and a few countries until the hero exacts revenge and finds his way to living a normal life with his beloved. There is a healthy dose of romance, suspense, thrill, emotions, and the works. But is it the perfect read?

The Crux of Nightwork

Nightwork is the story of Harry, a boy who pulls off a theft to fund his mother’s cancer treatment. Finding he has a flair for the act, he decides thievery would be the best way to ensure his mother gets the best treatment. Working by his own code of honour, he continues to steal even after his mother’s death. Harry chooses to live a rootless life until he bumps into Miranda, a fellow student at the university where he’s enrolled. Love blooms. But his life isn’t meant to be smooth sailing (he is the protagonist with a shady profession, after all!) A blast from the past, also known as Carter LaPorte, a collector and the antagonist in Nightwork, rudely shakes Harry’s equilibrium and fledging relationship with Miranda. Harry is forced to run and goes into hiding, globetrotting and thieving along the way. Until yet another attempt to establish roots is botched by Carter and Harry finds himself at a crossroad with the creepy collector and an elegantly livid Miranda, who has to decide if she is really ‘into’ the reality of her first love.

To Read or Not to Read

Nora Roberts’ novels’ beauty has always been the narrative and endearing, relatable characters. Several of Nora’s previous whodunnits have been the edge-of-the-seat kind where you keep wondering about the identity of the perpetrator while rooting for the protagonists as he/she/they grow from strength to strength until the final showdown. The chemistry between the lead and their love interest makes you root for them, and there’s a lot of exciting flushing and blushing. Even the characters that make up the particular world worm their way into your heart or make it to your hate list.

Nightwork, however, falls short on some parameters. If Nora meant this novel to be a light and quick read that doesn’t require you to tax your brain, then I’d say mission achieved. Her narrative is simple and grasping; she crosses all the Ts and dots the Is through the pages. She ensures Harry experiences the graph of a typical protagonist – his is a journey of realisation, acceptance, adjustment and comeuppance as he loses, loves, plans, and achieves.

But at no point was I able to understand, relate to, justify or fall in love with any of the characters, especially not Harry or Miranda. Why does Harry continue to be a thief after the death of his mother? If he is unable to switch careers because he is already a law-breaker, how does he manage to do what he does at the climax and why did he have to be pushed into a corner by Carter LaPorte to do it? I also felt that Harry was missing the kind of sensitivity that Nora’s characters have traditionally displayed. Where is the need or even the thought of spending at least part of the theft earnings to do something worthwhile? You don’t need to be a Robin Hood, but you could be a good Samaritan!

Moreover, if I am picking up a romantic suspense/ thriller, I need the romance to be the kind that’ll either make me hot and bothered (in the good way) or make my heart flutter. Harry and Miranda fail to do any of that. In fact, the one question that kept bothering me till the last word was, “Why would a seemingly intelligent woman who is well-educated and financially independent, justify the unlawful actions of a thief who isn’t even pretending to be Robin Hood? Why?”

Overall, I’d say pick up Nightwork if you are looking for an easy read that doesn’t require you to put your grey cells to use. Diehard Nora Roberts fans might enjoy it but if you aren’t one, just ask a friend to lend you the copy for a quick weekend read.