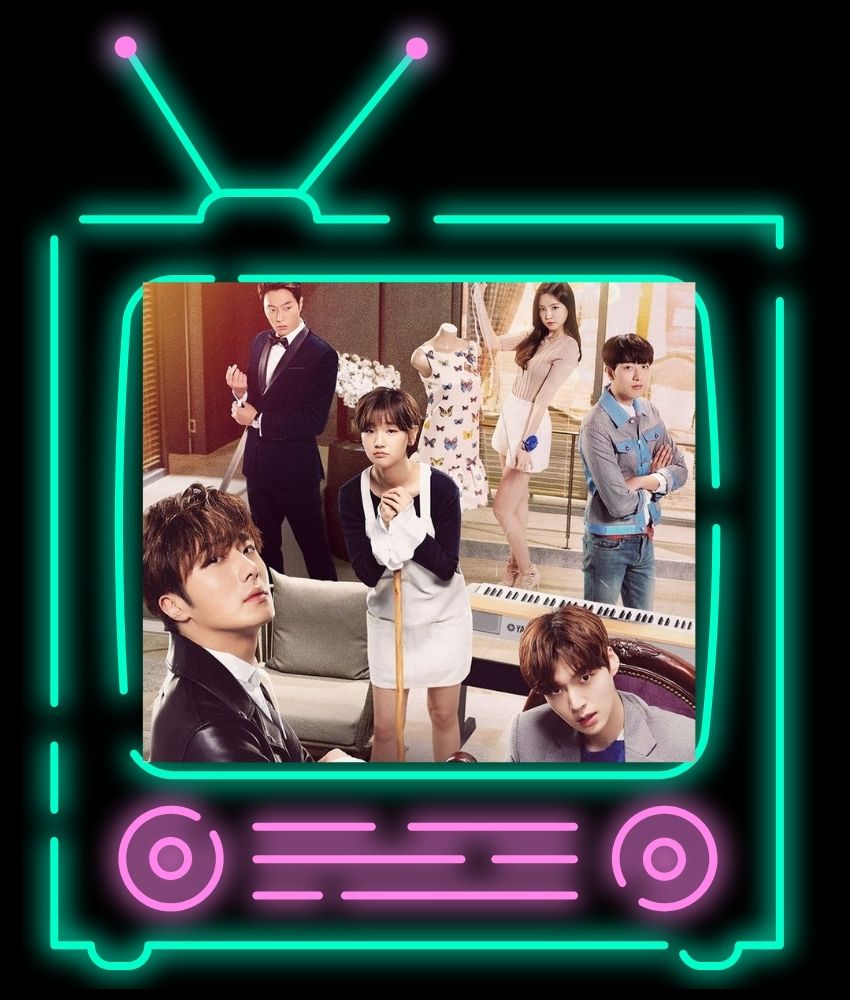 Guilty pleasures thy names are Korean romance dramas! And Cinderella with Four Knights is among the cream of this category! A stellar cast and sparkling chemistry make this girl-meets-3-boys-finds-true-love drama a great watch on days when you want a break from the dismal world.

Cinderella with Four Knights is the story of Eun Ha Won (Park So Dam), a school senior with an absentee father, a stepmother and stepsister. Forced to work several part-time jobs to pay for college, life as Ha Won knows it goes haywire when she moves into the Kang mansion having accepted a job offer from Kang Jong-du (Kim Yong-gun). Her fellow boarders are Jong-du’s grandsons – the broody Kang Ji-Woon (Jung Il-woo), playboy Kang Hyun-Min (Ahn Jae-hyun) and tender-hearted Kang Seo-Woo (Lee Jung-shin). Add to the mix hot bodyguard Lee Yoon-Sung (Choi Min) and gorgeous Park Hye-Ji (Son Na-eun) and you’ve got a popcorn-binge worthy series.

Hats off to the Parasite actress for pulling off Eun Ha Won with much sass! This is no wimpy weepy Cinderella who’ll make you want to shake some sense into her. Ha Won is a mix of sweet & strong, youth and maturity. She’ll have you laughing, empathising, cheering and occasionally feel misty-eyed but at no point does she allow you to feel sorry for her. And THAT is the crux of the series.

This was my first dekko at Jung Il-woo’s work and might I say that as Kang Ji-Woon, he does a fairly great job of increasing the length of my ‘oppas I dig’ list with that display of studied indifference, sneaked glimpses and making teenage romance cringeworthy moments hot! I’m not a huge fan of Ahn Jae-hyun but his portrayal of Kang Hyun-Min gives depth to the character – there’s a reason for that playboy act (obviously!) and he convinces. Lee Jung-shin as the 3rd cousin Kang Seo-Woo does a competent job as do Choi Min as bodyguard-cum-older brother figure Lee Yoon-Sung. Son Na-eun as Park Hye-Ji lifts the visual appeal of the series.

The chemistry and the geometry! Kudos to our hero for the amazing chemistry she has with every actor she shares the screen. And the bromance of the four male leads shines through, as does the tension between Eun Ha Won and Park Hye-Ji. Also there’s a square and quadrangle romance too!

The soundtrack! Brownie points for an album that sounds fresh, peppy and young – just like the series. BTOB’s ‘For You’ is still on-loop in my playlist.

The uneven pacing, unanswered questions and unfinished stories. Some episodes seem to drag while some have too much happening. I can’t go into that without spoilers so watch and come back to me! We’ll talk.

A romantic comedy based on a young adult novel, on the surface Cinderella with Four Knights is a romantic comedy that, if you dig a few inches, throws up some pearls of wisdom. But I’d recommend watching this Korean series for a giggle, a smile & a bit of that heart flutter (age no bar!)