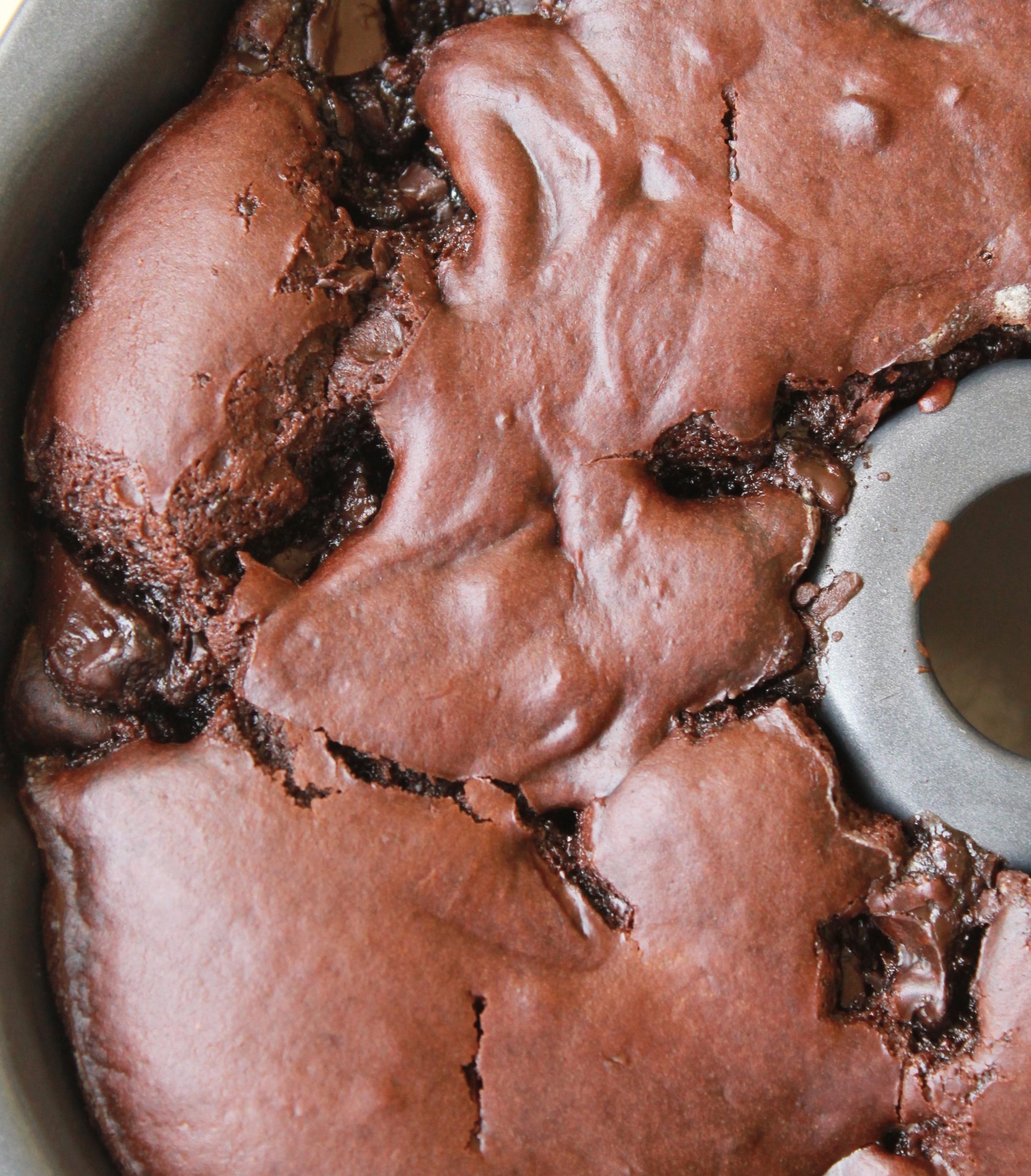 Sometime earlier this year, after I had rediscovered my life’s to-do list and ticked solo travel off it, I completed yet another goal. I set up a cake stall! Sold all that I baked for the day and made some profit too! #bootyshake #achievementpride

Please note that the victory dance came after some intense planning, several moments of angst, raised voices and nervous breakdowns. For an individual battling crippling anxiety for some time now, this was nothing short of a mega challenge.

Early September this year, during an intense discussion about upcoming festivals, a friend suggested I do something related to food at one of the festival gatherings. Specifically speaking, set up shop at a food fair to be held at a Durga Puja pandal.

In Ahmedabad, where I live, this is the time when Bengalis gather at celebrations organised by different groups of people to pray, eat, enjoy cultural events, eat, dress up, gossip and eat some more. In fact, that is a universal truth about Bengalis; we love to eat!

Setting up a stall seemed to be about booking the spot, cooking at home, bringing food to the stall, selling, earning money and appreciation and you are done. Sounds simple? Not!

Amid some good-natured ribbing and morale-boosting by friends and family, it was suggested that I sell cakes. But it took me a week of ‘Should I?’ and ‘Should I not?’ before I finally took the plunge and committed to the cake stall.

Other than the fact that baking cakes are my (only) forte – and one I have limited knowledge in – selling cakes is rather unheard of during these festivities that mostly see people rooting for traditional Bengali food including biryani, radha balabi, sandesh, malpua and the likes. So a cake stall would either stick out like a sore thumb or be a crowd puller. Either way, it would be unique for sure.

Bolstered by this thought, out came the coloured pens and papers as planning commenced. Stall booked, labels printed and additional decor sorted, it was time to sort out the menu that had to be vegetarian. So no eggs either.

I finally settled on baking a Chunky Chocolate Cake, Vanilla Tutti Frutti Cake, Cardamom Cake, Butter Cookies and Chocolate Cookies. Since I wanted to have enough time to bake 3 cakes and a few batches of cookies, I decided to start baking over the weekend. Enough time, I thought; after all, the fair was on Monday.

Saturday rolled in bright and clear, my mood upbeat as I went about stocking ingredients. Recipes were typed out and print outs in big fonts set aside. Maa put together the essentials needed for the stall – tissues, napkins, knives, stands, et all, I’ll share a list later – while I entered the kitchen on Sunday morning, my baking apron tied tight.

But by Sunday night, I was ready to throw in the towel. What had been marked the cookie baking day had turned into a disaster! Each batch of cookies struck horror in my heart. Overcooked, undercooked, burned edges, unwanted gooey centers, the cookies were a mess and so was I.

Disheartened and confidence draining out of my body, Monday arrived too soon for comfort. I remember rolling out of bed with a heavy heart, regretting my decision to set up a stall. “What if I ruin the cakes? What if no one buys anything? What if they don’t taste well?” went the ‘ifs’ and ‘buts’ through my head, raising my anxiety to dangerous levels. With a friend about to pop in to click photographs of the baking process, my tension escalated to a point where I nearly lost my composure. Ready to surrender to the darkness of anxiety and forsake the world, I was about to storm into my room when Maa reminded me: “A promise is a promise, you have to deliver and you are capable.”

Now, I don’t make promises easily and when I do, I always stick to them. Maa managed to remind me of that. Sniffling away the anxiety pangs, I started whipping batter for the cakes, all the while praying to every god and goddess I could think of, begging for help to ensure some decent and edible cakes. Of course, deities tend not to listen to you at first request, which is probably why I soon discovered that my oven had decided to fall ill. Seems the cakes were a little ‘soft’ on one side and properly cooked on the other. Mission prayer was revived as the cakes were popped in for a second round of baking. All this until 3 hours before we were to leave home for the food fair!

Thank heavens Maa had the foresight to pack for the stall and I had bottled the glazes for the 3 cakes earlier in the day.

Two hours before we were to set out, Maa and I decided to grab a power nap. Frustrated and jittery, unable to sleep a wink, I got dressed and bullied Maa into heading to the venue an hour before the fair was to start.

Now I had thought at the fair, you just walk in, occupy a stall given to you and set up shop there. How wrong was I! On that fateful day, I also got a lesson in the ‘Art of choosing your stall, your relative’s stall and protecting the space from intruders.’

Confused much? Fret not! Allow me to enlighten you on the finer points of choosing a stall.

So according to the tips I received from family friends – two of whom set up their Bengali sweet stalls on either side of my cake stall – visibility is the key to attracting customers. Your stall should be in the center, not on a side or corner. Reaching early ensures you don’t have too many neighbours and can spread your setup. Grab as many chairs as possible to fortify your area. #nointruders

So place sorted, it was time to set up the store. Disposables and all the wealth needed for the stall came tumbling out of the bags packed by Maa, my stall assistant. Strangely enough, just as I opened up the first jar of glaze to pour over the cake, the assistant vanished – to socialise with her friends. Can’t complain coz the friends helped boost sale.

What followed was a flurry of activities, which included a ‘celebrity’ chef and his assistants strolling through the stall area tasting the food before handing over yours truly a prize for best food #blushblush. Did I mention there were around 15 stalls? It was a small affair. Anyway, my meager social skills were employed full force into luring kids – very Witch in Hansel and Gretal kinda feeling – and cajoling their parents into buying the goodies for their babies.

Caught in the middle of a whirlwind of activities, it was a while before I suddenly realised I was standing behind the table piled with empty cake stands and cookie plates. My back was killing me, friends were busy spooning off glaze from the cake stands, my mother was hurriedly packing up and another friend was counting the money. I stood there, my cheeks hurting from the ear-to-ear grin on my face.

As I stood there, the feeling of #battlewon rushing through me, I thought back to the early part of the day and even the weekend when I had a meltdown and needed time to settle myself.

Social media updates – I love Instagram – saw several friends pinging me with queries about the next stall I was putting up. The affection and continued faith of friends and the parents seemed to wrap me up in a cocoon, giving me a courage boost. It was a small victory that I basked in for the next few days. And a reminder of a lesson learned well.

You see, my parents have always loved to host parties at home and there was a time when Maa would be cooking for more than 20 people. I would always insist that she order food from restaurants, wanting to reduce her stress. And she would insist on cooking, simply saying,

“…There is a pleasure in watching people eat the food you have cooked with love. You will know that some day.”

I learned it that day. The lesson of a lifetime.

Of Birthdays and New Year!