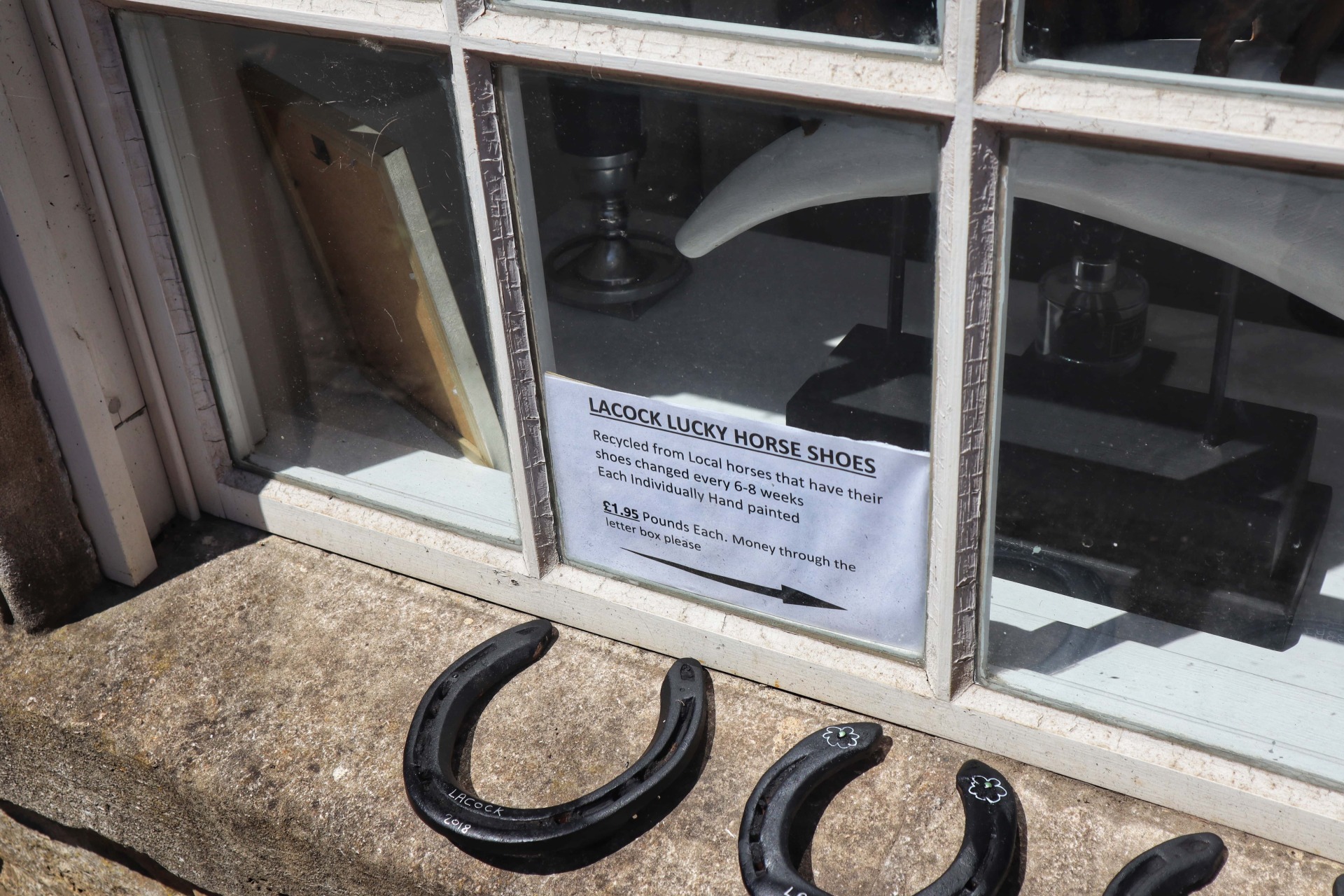 Lacock: Of Pride and Pottermania

I’m a Potterhead like that, you know. I was part of a generation that was swept in the Potter wave back in 1997. The first of J.K. Rowling’s magical series Harry Potter and the Philosopher’s Stone came my way only in 2000 but by then, I had heard rumblings of this new world of magic within the pages of a book.

The passage of time may have dimmed the magic – I may not remember the spells as Hermione did – but my love for all things Potter remains.

Why else would I spend precious time queuing up outside the Elephant Room in Edinburgh (read all about it in Culinary Delights of Scotland #2) or walk through the Greyfriars Kirkyard in Edinburgh, looking for the ‘name’ inspirations!

Lacock, for this and some other reasons, has been on my list of ‘recommendations’ whenever anyone pops the ‘where to go in England’ question to me.

The National Trust notes at least 17 ‘places of interest’ for the tourist in Lacock, making it a perfect spot for a day-long outing. But the two times I’ve visited the village, it crossed the mind that half a day is enough to explore the village unless you have children and want to enjoy a picnic. Half a day, after all, has been enough to see the main parts of the village which are…

With cobblestone roads, old stone cottages alongside timber-framed homes, the village retains the old-world charm, making Lacock a popular shooting destination for period dramas. As you walk through the narrow lanes and cross High Street, a sense of familiarity will seep into your sense. You will recognise spots from television series like the BBC’s production Pride and Prejudice, Downtown Abbey, The White Princess and of course, the Harry Potter film series!

The village is dotted with shops that sell products ranging from the extremely commercial mementos to homemade jams and bakery goods. Don’t let the thought of calories stop you from indulging yourself at these bakery shops. I didn’t. I never do!

The best way to absorb the view that the village offers is to park the vehicle along the High Street and stroll towards Lacock Abbey. Alternatively, and the better way, is to leave your wheels at the car and coach parking area near the abbey (they have a no parking on village streets – a rule which I absolutely love!). Begin your tour with a visit to the symbol of this village, the Lacock Abbey.

Established in 1232 as a nunnery and eventually converted into a country house, Lacock Abbey is a sprawling house with slated roofs, several chimneys, mullioned windows and splendid history. This history is evident in the architectural changes made to the Abbey over the years. Among the most fascinating aspects of Lacock Abbey are cloisters in the basement, the brewhouse, and the bakehouse.

But visitors, especially Potter fans, will have gotten their ticket’s worth in the cloister rooms – the location for several classrooms at Hogwarts School of Witchcraft and Wizardry notably those of Professor Minerva McGonagall and Severus Snape, the cloister arcade was where Harry discovered the Mirror of Erised.

There is a massive cauldron in one of the cloister rooms but unfortunately, the vessel is not a prop used in the movie.

The Abbey is also home to the Fox Talbot Museum dedicated to William Henry Fox Talbot, credited as the pioneer of photography. If photography is your passion, step into the exhibit area that details the life of Talbot alongside some artifacts, including a ‘mousetrap camera’.

Step out of the Abbey and start your walk towards Church Street where, as you poke your head into small stores and admire the window decorations along the way, the steeple of St Cyriac’s Church will make an appearance.

The 14th-century church continues to be a place of worship and has seen several renovations over the years. The sanctity of the atmosphere has remained intact and one can’t help but marvel at the peace within. Take a minute to sit down and admire the interiors that are unlike the grandiose one is used to seeing. Light a candle.

And when you’ve stepped out of the church gates, turn right. You’ll spy a small gate with a board declaring ‘PRIVATE’. Walk towards it and if you are lucky – like I was the first time and not this time – the hedge would have been trimmed and the stone house will come into view. This house was used as the exterior for James & Lily Potter’s home in the Harry Potter movies.

Tithe Barn
The final destination of your stroll through Lacock village must be the Tithe Barn. Likely a part of the Abbey when it was first built, the barn was a storage place for tithe (one-tenth of annual produce or earnings, formerly taken as a tax for the support of the Church and clergy). Minor alterations have been done to the structure over the years but the darkroom with the high wooden ceilings has been, over the years, used to store machinery, grain, or host coronation teas and craft markets.