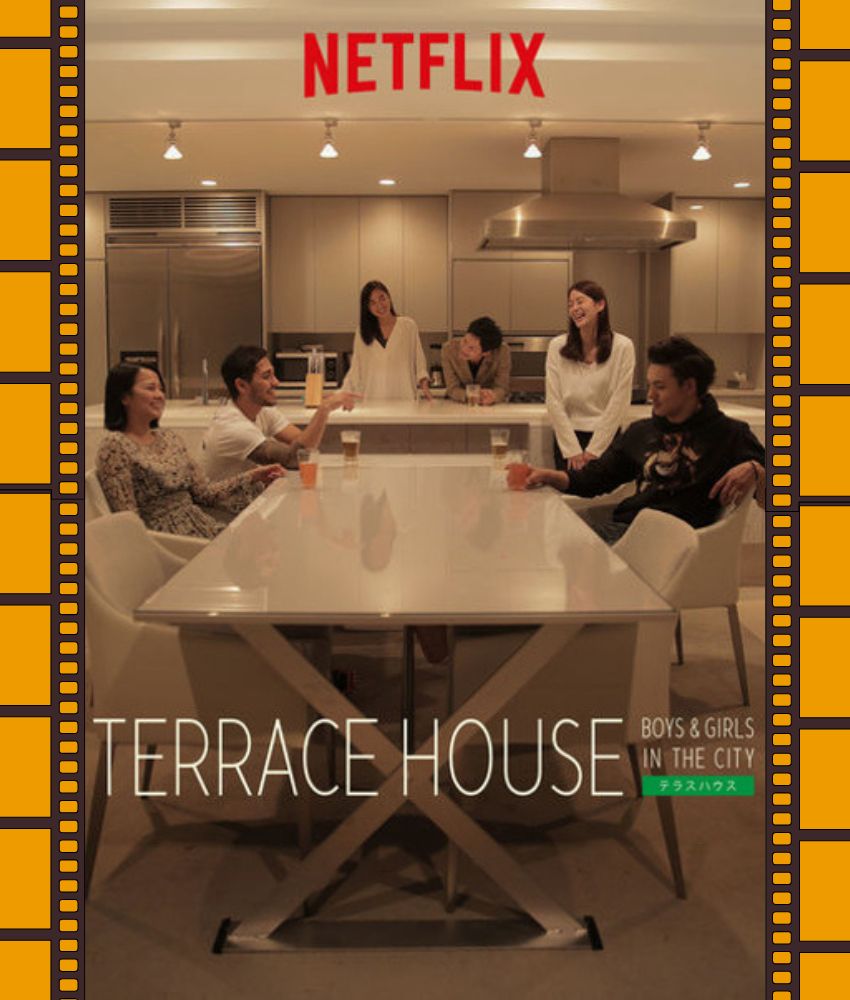 A Japanese reality show with a global following and a cult-like status, Terrace House’s focus on a select group of youth is endearing, addictive and complicated.

A reality show following the seemingly mundane lives of a group of six Japanese youth living together in one house, the Terrace House series is at once serene and unsettling. Serene in the way it focuses on the regular lives of these young individuals who juggle their daily routine (including work, chores, and looking for ‘the one’) without being abrasive or rude. In fact, even their arguments and discussions feel tame, especially compared to the Big Boss-esque screaming we’re all used to! Terrace House is unsettling, too, as it gives viewers an insight into the socio-cultural patterns that shape the thoughts of Japanese youth, their perceptions and the idea of the ‘perfect man’ and ‘perfect woman’.

Six individuals (and strangers) – three men + three women – are sent to live together in one house and interact with each other with the hope of finding love. Terrace House is like a boarding house or a temporary living quarter; the six continue to go about their daily lives while completing group activities and dating each other. If any individual decides to leave Terrace House for good, whether for personal or professional reasons or because they’re done, they can leave. A replacement walks in soon after to ensure the number stands at six.

The Good & Bad of Terrace House

Let’s start with the house itself. The living accommodations shown across the series are worthy of dedicated Pinterest boards with streamlined and aesthetically appealing interiors.

Whether the show is scripted continues to be a topic of debate across the internet. Irrespective of this, the appeal of this show lies in the fact that it is not as loud, crass or intense as other reality shows like The Bachelor, Big Boss or The Fabulous Lives of Bollywood Wives.

Since most of the individuals come from different walks of life, the viewer gets a chance to understand the different kinds of work profiles prevalent and accepted in Japanese culture. There is a daycare centre caretaker, a hair stylist, a hat designer, a model who part-times, a tap dancer, a teacher and someone who does nothing.

Terrace House moves at a turtle pace, which gets it brownie points. There is tension but not of the nailbiting variety; there are cliffhangers but not the kind you’d lose sleep over. It’s delightful and charming as the youngsters discuss the potential of someone they are interested in, share their dreams and sometimes even pitch in to help each other out of tough spots.

Terrace House includes a group of commentators who watch the series and share their thoughts on the proceedings and the various individuals (some of them should simply be called ‘characters’). These commentators make you feel you are watching the show with friends, not alone.

But the show is not without its issues, the most disturbing being the undertones of patriarchy, the emphasis on physical beauty and the revelation that all was not right in the Terrace House world. And as you watch the series, you’ll realise there is a ‘pattern’ to the process; every shot is a bit too aesthetic and appealing, and the mundaneness seems forced. The male participants’ efforts and discussions around being emphatic about their ‘maleness’, the unacceptance and commentary on the female participants who do not fit the ‘demure’ and ‘good looking’ norms set by the Japanese society are cringeworthy. They will make you question the series unless you are in a Terrace House coma.

The death by suicide of a former participant due to cyberbullying resulting from her non-conforming reaction on the show opened the proverbial can of worms that has led to the series being pulled off for the time being. You can check out these interesting articles, which, even if you aren’t going to watch the show, are great reads – The tragic lie behind the beautiful dream of Terrace House & The Fall of ‘Terrace House’.

Controversies and the scripting debate set aside, Terrace House is a pleasantly relatable and calming watch. Watching the participants interact with each other, explore their interpersonal dynamics, weigh in on each other’s attractions along with theirs and trying to find romance is something that you’d definitely want to watch at the end of a hectic, stressful day. The series offers an insight into a different, experimental genre of reality shows contrived to entertain. But at whose cost is the question.