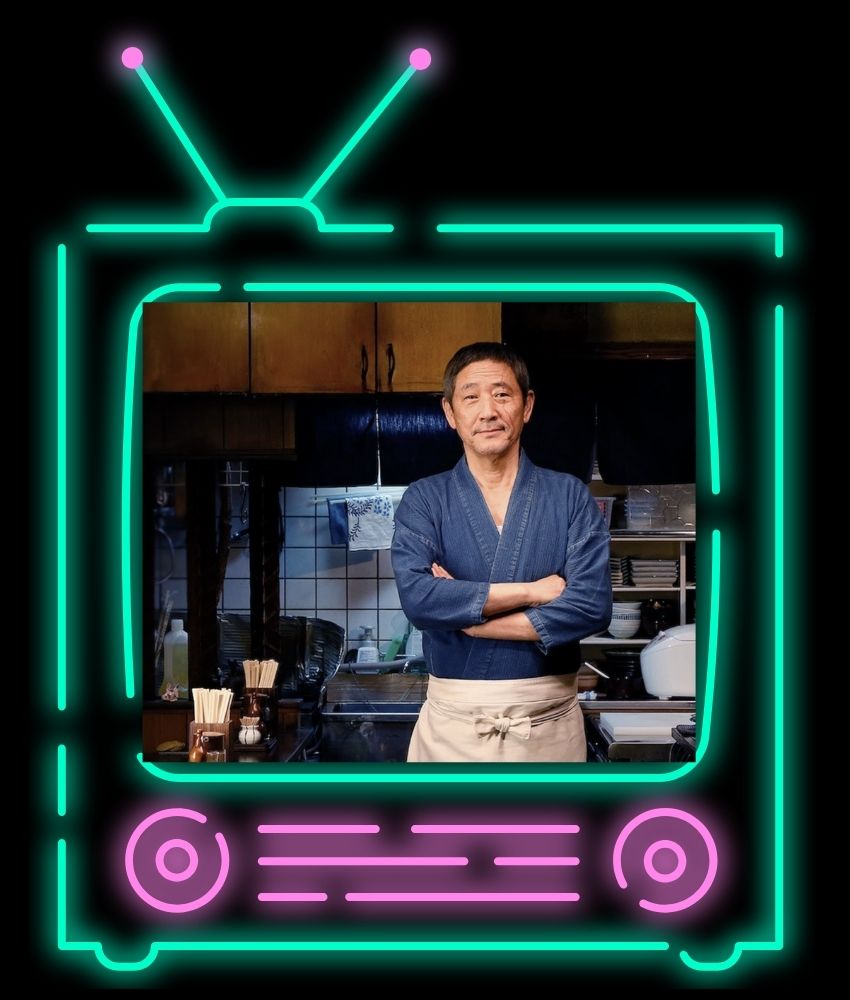 Tucked away in a lane, far from the bustling noise of Tokyo, lies Meshiya – an izakaya, a type of informal Japanese bar. The Master opens the doors at the stroke of midnight, every night, to a variety of people – some regulars, some not – all from different walks of life. He’ll serve alcohol, any item from the 5 on his menu OR something cooked up specially on request. Along with million-dollar advice like “As long as you judge yourself, using someone else’s measure, you’ll never find your real self, no matter where you look”.

Each episode is a peek into life, often addressing a subject relevant to modern society, and tied with the main ingredient – food!

A Japanese anthology series based on (the/a) manga of the same name, the Midnight Diner boasts of five series and a total of 50 episodes. Starring veteran actor Kaoru Kobayashi as the Master – the lead and only character present in all seasons – every episode in the series follows a pattern. Every episode focuses on one character, their personal challenge(s) and its resolution. The Master and a motley set of characters nudge the character (and the audience) towards this resolution and a sample or two of the character’s favourite food. Along with a side of the Master’s advice, a raised eyebrow, a gentle push, a shoulder to cry on or simply, a place for life to unfold. And here lies the beauty of this heart-warming series that is both, an O’ Henry-ish peek at the life and a crash course on Japanese cuisine.

But the main reason to watch this series is the food! Consider this a crash course on Japanese food because through the five seasons, you are introduced to the simple beauty of Japanese cuisine – traditional and adopted foods – like tamagoyaki, katsudon, yakisoba, Japanese fried chicken, pickled plums, corn dogs, to name a few. The Master – or the main character of the episode – make it a point to give a quick demo of the dish and some pointers, largely at the end of the episode. The closeups will leave you drooling in anticipation and the reason why I would recommend you keep a healthy snack handy and not watch this series at night.

On a whole, the episodes that make Midnight Diner are varied, dramatic, not over-the-top, haunting, funny, heart wrenching and imparting a life lesson without being preachy. Some of the episodes deal with rather realistic and relatable topics while some enter the supernatural and surreal realm. Most of the characters appear in their particular episodes bar a set of the diner’s regular customers who often make frequent appearances and have stories of their own. While some characters may seem over the top and exaggerated, a majority of the characters are the kind you are bound to bump into at some point in life.

The Midnight Diner series is one that you want to pace yourself through – I started watching the series around three months ago and had my fill by the end of season 3. This series is definitely not for those who are looking for ‘engaging stories’ or ‘action-driven stories’. This series is for those who like an occasional short and sweet change between their binge watching.
* Feature image created on Canva