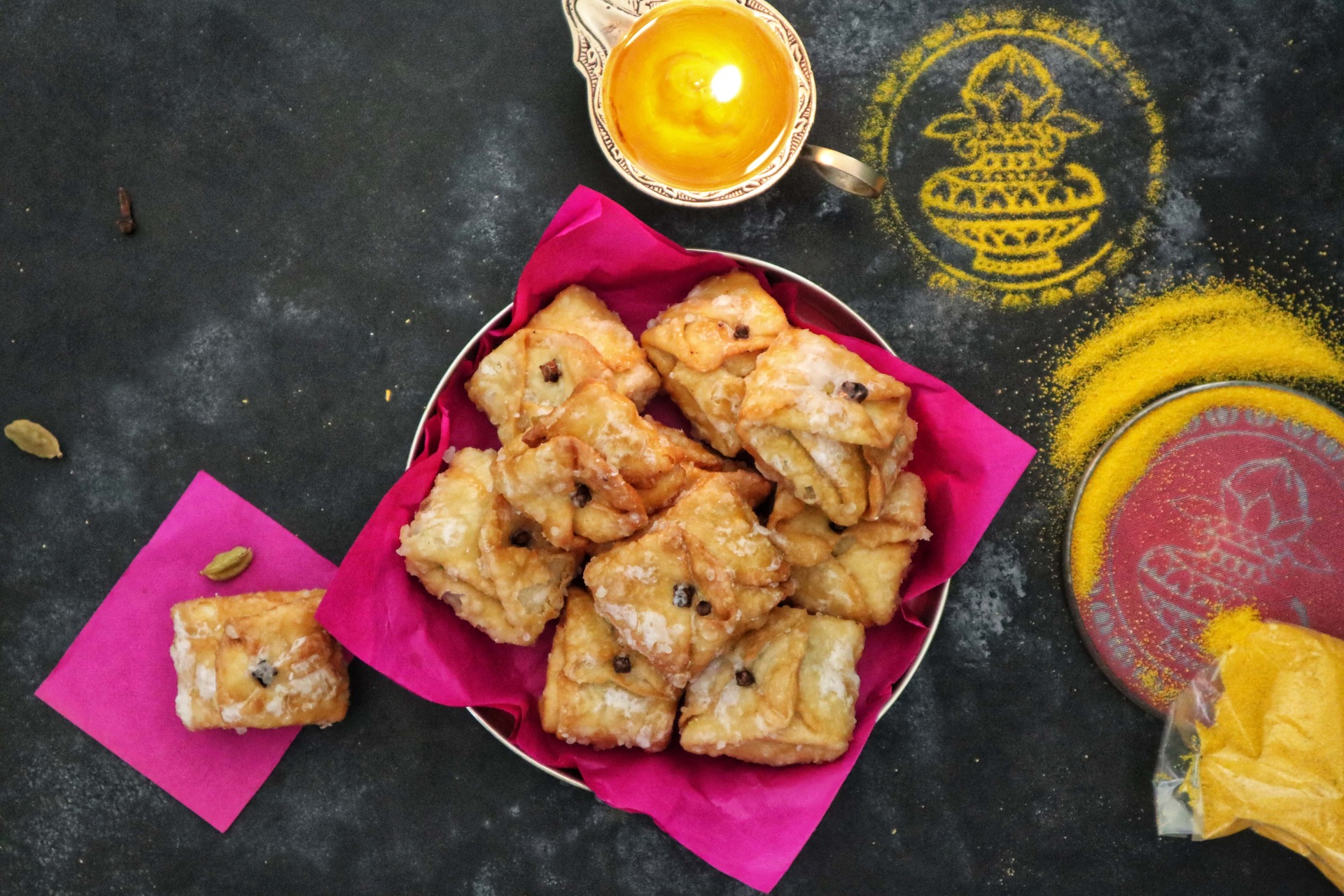 It’s amazing the way certain foods trigger memories of times gone by, relations lost in the passage of time – the memory brightening your mood faster than a cup of coffee or a quart of ice cream can.

Labanga latika, a Bengali sweet dish, is one such food item for me. I don’t remember a time when I’ve not eaten labanga latika; I remember being fascinated with the way Maa would make these little envelopes of crispiness filled with sweet delights. The pretty manner in which the sugar syrup added shine and formed those crystals on this parcel, the anticipation of an explosive taste of a whole spice… all of it has been a venerable experience.

The labanga latika was a favourite of a cousin sister of mine who lived with us for several years. And it was a favourite of mine too. So whenever Maa made them, she was around to make sure both of us got an extra piece. It was love, yes, but I think she was keen on stopping a wrestling match before it started!

Over the years as we moved on in life – to study, get married or for work – Maa stopped making the labanga latika. Too much work for just two people, she would say, only making the mishti (‘sweet’ in the Bengali language) when we came visiting.

But now that I’m home and learning to cook, Maa has found back her lost interest in cooking.

So after I sweat it out in the kitchen last week over the Azeri-inspired Rose & Cardamom Halva, Maa insisted that we make a Bengali sweet too for Diwali.

No two guesses about what the chosen dish is!

The labanga latika are small dough parcels filled with a mixture of khoya enriched with coconut, semolina and (or) dried fruits. As is the case with most Indian food, the filling can be customised to taste. This sweet gets its name from the clove used to seal the pocket. Clove is called ‘labanga’ in the Bengali language. If you are looking at buying some quality organic clove, use the code FIRST10 for The Earth Reserve’s Organic Cloves available on Foodstree (click here).

Traditionally, the labanga latika is served during the Bijoya season post Durga puja. But Diwali is not far away and well, who is going to stop us from cooking and eating what we want to!

I opted to make a filling rich in khoya with only a dash of desiccated coconut. Since I’m not a fan of dried fruits – I tend to pass them to the person sitting closest to me – we skipped that.

The tricky bit about this sweet is making sure that the parcels are not overfilled and they are sealed well to avoid bursting or spillage during frying. The deep-frying, meanwhile, has to be done on low heat so that the dough inside the folds cooks well and the outer cover is brown and crisp. The fried labanga latika have to be dunked in thick sugar syrup for a few seconds and then allowed to cool down completely before they can be devoured.

We prefer the version that I’m sharing because it’s easier to handle and can be popped into the mouth as you walk from one room to the other. And no, my house is not the size of a cricket ground. That’s just a flimsy excuse to gorge!