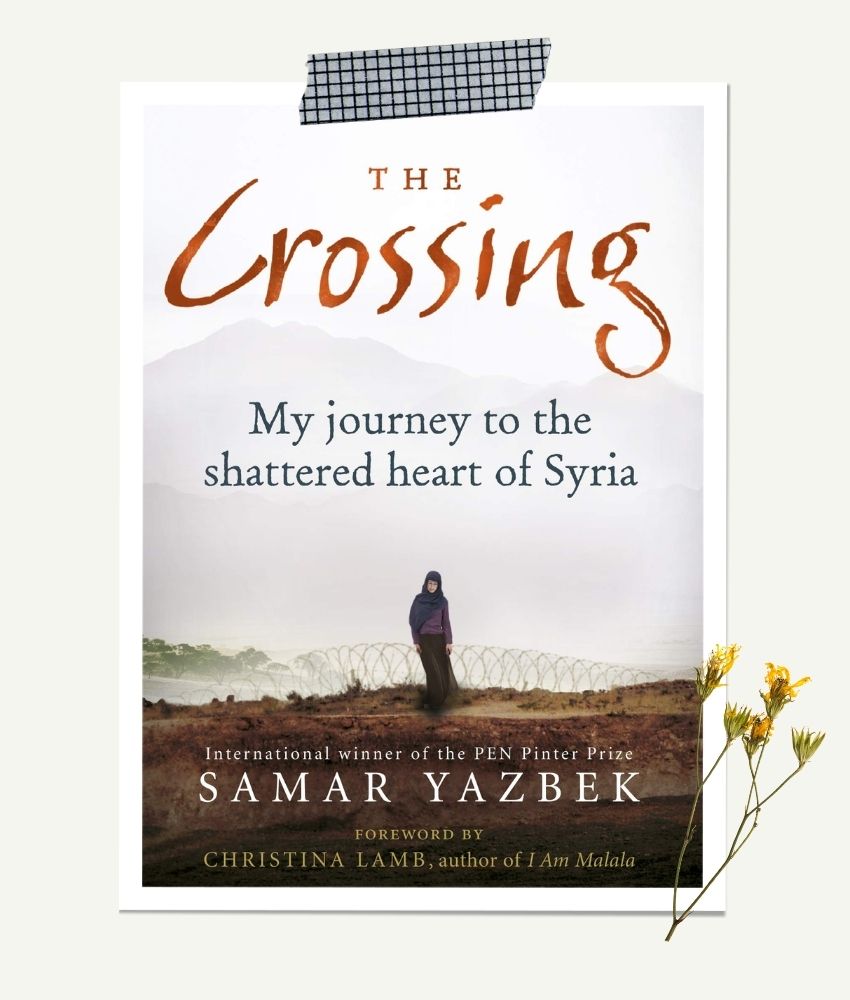 I purchased this book while ambling through a book fair sometime towards the end of 2018. But I didn’t get around to reading it until I pulled it out recently to give to my father in law. He didn’t read it. But I started it.

It took me a long time to get through The Crossing because, to be honest, the book would get a bit too much every once in a while. So I abandoned it, took a detour to another book, finished it, and then succumbed to The Crossing’s siren call. And the second time around, I was unable to put down this book.

The author Samar Yazbek is an exiled journalist from Syria –  exiled for being outspoken against the Assad regime. She made her way back to Syria thrice – illegally – to see the happenings within her war-ravaged home. This book covers her experiences through all three crossings. The revolution itself, the rise of sectarian politics in Syria, how fundamentalist factions like ISIS made inroads insidiously into the country’s cultural and political fabric – she talks about all these in no uncertain terms.

It’s a very tough book to read.You will taste the fear, feel the anger, and breathe in the despair of the people as you go through the pages. Especially if you’re a parent. Because the way Samar Yazbek describes the “vacant look” in the eyes of displaced children will make you recoil in horror.

In her third Crossing, the author comes across several checkpoints set up by ISIS on her way in from the Turkey-Syria border. She notes wryly that most of the ISIS ‘warriors’ are not even Syrian and are being allowed freely within the country, even unloading weapons at the border in front of women, children, hundreds of officials. Yet she, a Syrian by birth and residency, needs a reason to be in her country. Her own home is no longer safe for her.

The Crossing is a must read for those who want to better understand the Syrian crisis and what sectarianism, unbridled power in the hands of few, and fundamentalism can do to a nation.

Warning: Not an easy read.

Book Review: If On A Winter’s Night A Traveller