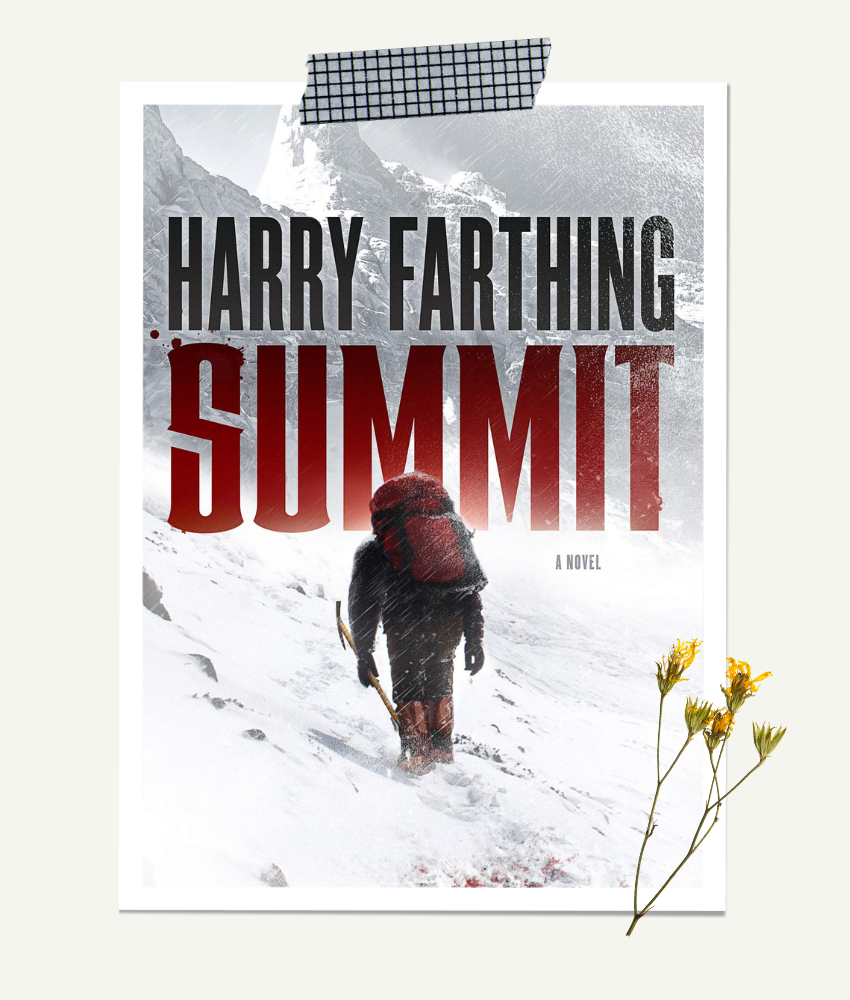 A gripping tale, told tightly from beginning to end, without any relief or deviation. The author’s writing style is grim, almost martial in its speed.

I’ve always been fascinated by the upper reaches of the Himalayas. To me, they are placed on Earth to remind us that we are nowhere close to the greatness we profess to and that Nature chooses who survives, not we. Chomolungma – as Everest is called in the Tibetan language – is the starkest of those reminders as she rises above the clouds in a majestic nod to the world below her. She forms this story’s backdrop, and we cannot forget her even on a single page.

The story begins with a sixteen-year-old Nelson Tate Junior summitting Everest, and then literally, it’s all downhill from there. His guide, the British Neil Quinn, finds an old ice axe near the Second Step, and this accursed object sends him to his death several times nearly. The ice axe is found to be embellished with that dreaded symbol from nineteenth-century Germany – the Swastika.

“You must understand that Chomolungma is not your friend. She is a Goddess with no need for human friends. You are as important and interesting to Her as the fly is to you. She will kill you just as readily if you annoy her.“

Henrietta Richards – a veritable expert on Everest and its various expeditions – who lives in Nepal and is attached to the British Foreign Ministry, is one of the people on the quest for the truth: Did a Nazi summit Everest in the years leading up to the Second World War? This question, and the morbid fascination of an antique collector, leads Quinn to entangle with the resurgent neo-Nazi cult in Germany. In parallel, the story of the Nazi expedition to Everest in the 1930s is told.

The reader remains in the dark until the end, as Chomolungma hides this mystery expertly. The climax leaves the reader stunned and is well worth the adrenaline-pumping previous pages. The book is peppered with references to Tibetan and Nepali culture, focusing particularly on the hardy Sherpas, the people of an ethnic group native to the region. The Sherpa people – renowned for their climbing skills, strength, and endurance in higher altitude that makes them perfect mountaineering guides – hold a strange humility and subservience towards the mighty mountains.

Here’s one of my favourite lines, addressed by a Sherpa to the Nazi climber, which perfectly sums up human existence: “Sahib, to you, all mountains are friends. You must understand that Chomolungma is not your friend. She is a Goddess with no need for human friends. You are as important and interesting to Her as the fly is to you. She will kill you just as readily if you annoy her”.

Summit is a fascinating, engrossing, and highly recommended read.

Book Review: If On A Winter’s Night A Traveller