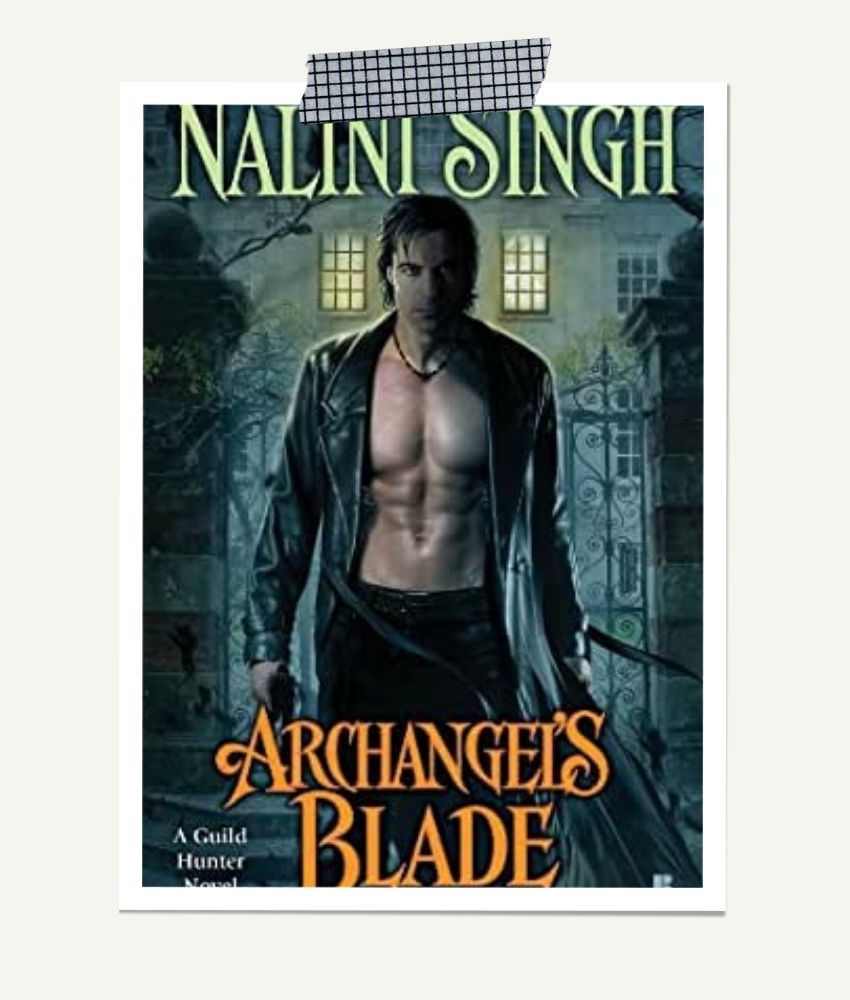 A 1000-year-old ruthless, broody vampire meets brutalized vampire hunter with an ‘old soul’. And quite obviously, the two fall in love because that IS, after all, the purpose of this novel. But not without some Bollywood-ish drama that includes murders, thrilling mystery, revenge, redemption, long-lost true love and hints of reincarnation.

Archangel’s Blade is the story of Dmitri, Archangel Raphael’s second, known among all kinds (read archangels, angels, vampires and mortals) as one of the most dangerous vampires alive, AND he is the very definition of the bond that ties the Seven to Rafa. That he is someone Raphael considers a friend is a testimony to his strong core. But the foundation of this dark vampire lies in bloodshed that’s forged Dmitri into a persona who prefers sensual pain and loves none.

Victim of a brutal kidnapping and sexual assault, Honor is haunted by the recent events, her upbringing and a sense of unexplained loss that she has lived with for as long as she can remember. Revolted by the thought of touch yet intrigued by Dmitri, claiming her own self back while finding answers to memories that seem to be her own but aren’t ones she has lived… the novel sees the duo embark on a journey that was tragically cut short a long time ago.

Archangel’s Blade establishes the author’s penchant for bringing together two damaged individuals who find strength in each other, in this case, Dmitri and Honor. This novel is an entertaining read due to the character transformation and revelation, especially Dmitri’s. Their chemistry is superb, so kudos to Nalini Singh for that.

As much as I love the sexy vamp’s story, I cannot connect with Honor’s story – I admire and appreciate her resurgence, but I simply could not love her the way I do Elena. Is that on the author, or did I go looking for something extra? That’s a question for another day. Also, don’t look for the ‘story’ with a critical eye. This is more of an emotional read rather than solve-a-mystery. In fact, the latter at times feels forced. But all in all, as I mentioned before, a good masala romance!

Note: Sometimes, it helps to read the reviews of previous books in the series, even though a particular novel can be read as a standalone, as is the case with Archangel’s Blade. To read reviews of the books released before and after this particular novel of the exciting series, click on the titles below