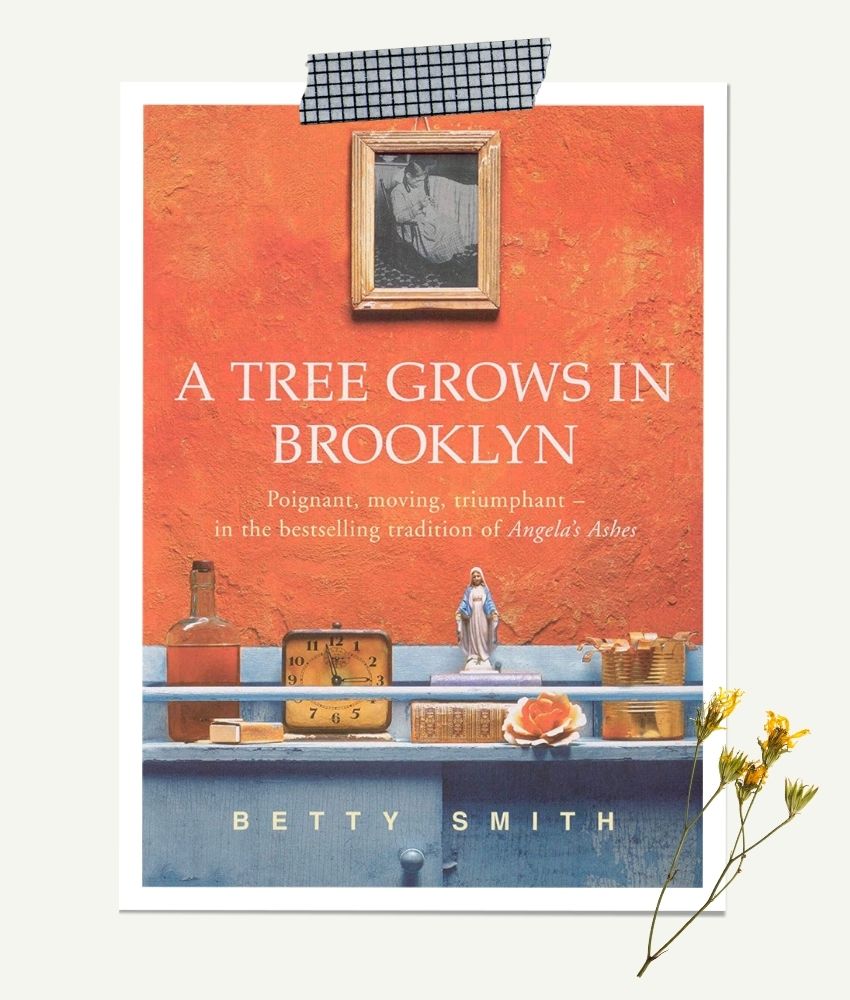 I picked this one up because
a. I had heard a lot about it. It is heralded as a modern American classic (and it deserves to be)
b. The edition was remarkably pretty. I have a weakness for beautiful looking books. This one was a Reader’s Digest Special Edition, hard bound with the title written in golden lettering, no less. I spent two days just looking at the book and touching it and sniffing it.

A Tree Grows in Brooklyn is a poignant read about Katie and Johnny Nolan, and their kids Francie and Neeley Nolan. A powerful metaphor of the Tree of Heaven, which flourishes everywhere, it is set in Brooklyn of the early 1900s. It’s beautifully sentimental, following the daily lives of these children as they navigate a childhood full of poverty, yet with dreams in their eyes.

Francie, the elder sibling, finds her solace in reading and writing; and the novel understands what’s going on in her world – through words. For Neeley, Francie and his Papa are the world. The relationship of Johnny Nolan with the kids, the tenderness and heartbreak of incompetent fatherhood –  it’ll bring you to tears several times. Katie remains the practical one and toils day and night for her children, Johnny tries his level best but somehow, is never able to match Katie in her grit to give the children a better life.

A simple example – on Sunday, at dinner all the family members are given their food and a cup of coffee. Francie is allowed to throw hers – every Sunday – because in her mother’s eyes, that’s the only concession the children have, to feel normal and a little less poor. So to speak – even they have the right to throw away things they don’t like. It’s a simple incident but very deep in its significance.

As life goes on, things get better, there are irreparable losses but Francie and Neeley show a spirit akin to the eponymous tree – hardy and resilient, thriving wherever they are put.

Another magnificent thing in this book is the relationships all around – Katie’s with her siblings, Johnny and Katie themselves who love each other deeply even while the corrosive bitterness that poverty inevitably brings, pervades their exchanges. Johnny’s music, the way he expresses himself in song, is unforgettable and it makes you grieve for him even though you see the injustice meted out to Katie through his irresponsibility.

It’s a book that’ll make you reach deep within your mind to your childhood, and pull out memories that you thought were forgotten and make you reflect anew on them. An extraordinary story of ordinary lives, here is a quote from the book that sums it up for me: “Look at everything always as though you were seeing it either for the first or the last time. Thus is your time on earth filled with glory”.