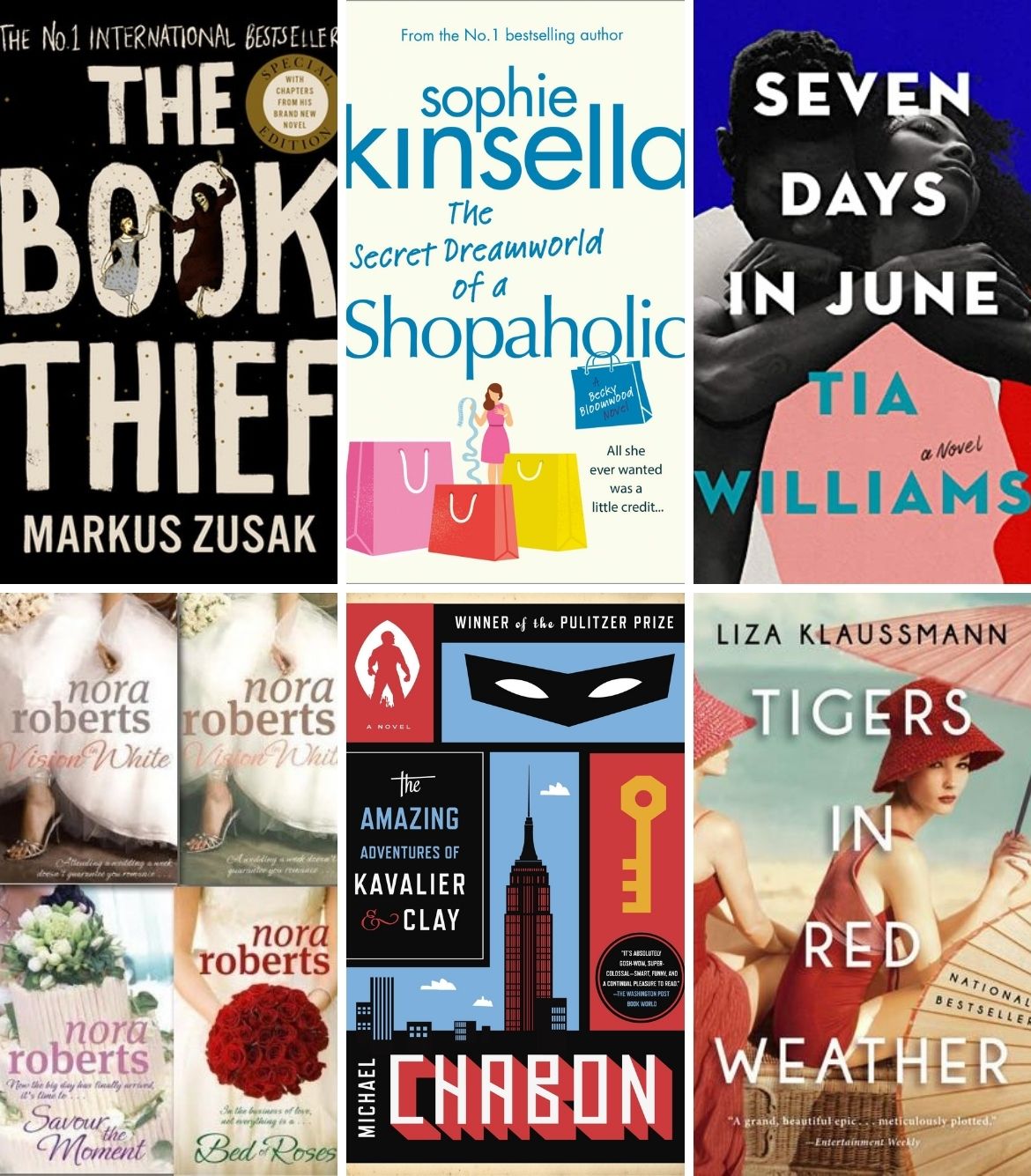 Am I the only one who – at least at some point of time in life and at least once – has been in awe of the friendship between two literary characters and wished hard for that ‘cool friendship just like in that novel’? Shipping friendships in books you’re reading or have read is something every bookaholic can identify with.

And for that very reason, I decided to celebrate Friendship Day 2021 by asking my fellow book lovers one simple question:

Which fictional/ literary friendship do you ship the most and why?

And here’s what they said….

Oh there are so many! There’s David and Agnes (David Copperfield), Ove and Parvaneh (A Man Called Ove), Simon and Nick (Simon and the Homo Sapiens Agenda), Harry and Hermione (Harry Potter), Rostov and Mishka (A Gentleman in Moscow)……..

But as usual my mind space is always captured by the last few books I have read. Eve and her daughter Audre and her agent/ best friend Cece are the friendships I am currently shipping (Seven Days in June). Eve and her tween daughter Audre who is wonderfully precocious and sensitive reminds me of my own daughter and the relationship we share. They banter, quarrel, love and are inseparable. Theirs is the easiest friendship I have read about in a long time.

Eve and Cece, on the other hand, have a very unlikely friendship. They have a fiduciary relationship which in my mind never makes for a good personal relationship, they are two completely different people with different age groups, aspirations, interests and even life stages. They are not childhood friends, they met very late in life but instantly forged a bond which became tighter and tighter as time passed. Cece understands Eve as only a very close friend/ confidante would. She reprimands her, looks out for her, has fun at her expense but also watches over her like a maternal figure. Their friendship has a maturity and grounded nature that one craves for as they grow up. Hands down my favourite friendship for the year!

Juhi Bansal is an avid reader, a mother, wife, blogger, fashionista, traveller, educationist and reader (just a few things she excels at). Follow her at @closetbuddies and Closet Buddies the site.

Kamini’s choice is interestingly the friendship between two sisters – Nick and Helena, in the novel Tigers in Red Weather by Liza Klaussman which aptly and distinctly depicts the relationship between the two women – primarily as individuals and secondly as family members. It’s beautifully written, honest and real about the pulls of love, loyalty, lust and facts and how they can affect a relation in the most serious of ways. It teaches us how to let go, how to forgive, to make priorities and most importantly, how to love and accept one another in the most honest and realistic way.

In Anupama’s words, the book friendship that touched her the most is that between Sammy Klayman and Josef Kavalier from The Amazing Adventures of Kavalier and Clay (Michael Chabon). “When Josef arrives at the cramped Brooklyn apartment of Sammy, physically and mentally battered by the Holocaust, he finds his first and only eternal friend in his cousin Sammy. Their friendship translates into the creation of the Escapist, a cathartic comic book hero through which Josef channels his angst and helplessness of having left his family behind in Hitler’s clutches. Through the book, Sammy is unfailingly there for Josef – even bringing up Josef’s son when Josef leaves to fight in the war, desperate for revenge. The simplicity, the unspoken understanding between Sammy and Josef – it’s what friendship truly means and stands for, in my eyes.”

A voracious reader, a rockstar mother and my soul sister, Anupama is a salaried professional who finds her solace in books. She’s also a contributor to the blog! Find her at @punithanupama

If I were asked to choose just one book that really epitomizes friendship for me, I would find it very difficult to choose from The Kite Runner, the Harry Potter series, Doctors etc. However, given the era it is based in and the general atmosphere depicted in it, The Book Thief is my choice for an enduring story of friendship (though it had a lot more going for it).

Liesel’s friendship with Rudy Steiner burns as one of the brightest sparks in this masterpiece of a book. Their relationship is innocent and playful to begin with and gradually gathers strength as the story progresses. Even though not explicitly stated, the reader can see the affection they both have for each other. Rudy offers examples where he acts as the wall for Liesel whenever he feels she is in trouble or in danger. What starts off as an almost brother-sister friendship evolves into something akin to romance that is sweet to read about but the reader can feel the ominous air all around them. There are moments in the book where one might feel Liesel held back from Rudy, one instance being her not telling him about Max being holed up at her house. But on the whole, their friendship is one of the most wholesome ones I’ve read in a long while maybe more so because of what was happening all around. I for one, believe that a real friend is one who makes your world a better place to live in and if Liesel and Rudy didn’t do that for each other, then no one did!

A business intelligence & analytics (insurance) person, Sachin Shanbag gobbles books like I gobble food! And he’s an author too! Follow him at @sachinshan

Although there are much more popular literary BFFs like Harry-Ron-Hermione or Jo-Laurie from Little Women, I find the Becky-Susan relationship from the Shopaholic series to be a more realistic picture of what friends look like to me. They are fiercely loyal, defending you to the wolves and even enabling all your crazies. They call you out on your bullshit, unfiltered and unapologetic. They are always around to show you a good time, and occasionally the mirror. A good friend is often the one person (over and above family even) before whom we can be open and vulnerable and drop the pretense.

Arpita is a reading diva and a bookstagrammer! Check out all that she’s reading and join her bookclub on @look_whos_reading

So many to choose from! But I’ll be honest and say that for me, Nora Roberts’ books are the root of that female BFF envy stemmed from, until I found my own BFF tribe. But there’s no denying that Roberts makes an art out of displaying the bond between women – some childhood friends, some who’ve bonded from the shared strength of a haunted past and some who just are.

If I had to pick – which I must – I’d say The Bride Quartet’s Mackensie + Emmaline + Laurel + Parker have my heart. Four childhood friends who’ve stood by each other through thick and thin, are thick as the proverbial thieves, are a pillar of support in personal life and are an integral part of each other’s professional lives too. They are each other’s champions in every single way and that, dear friends, is the true definition of female friendship for me. Because what are friends if not the ones who’ll be there to hold you up in the darkest hour and party with you to celebrate the shiniest moment of life!

Yours truly, Rapti Bhaumick, founder of this blog, dabbler in books-food-travel and a whole lot of other things who finds her peace (of mind & soul) in books, especially romance novels.

Do let us know which literary/book friendship you ship the most! Who knows, we might just add the book to our ever-growing booklist too!