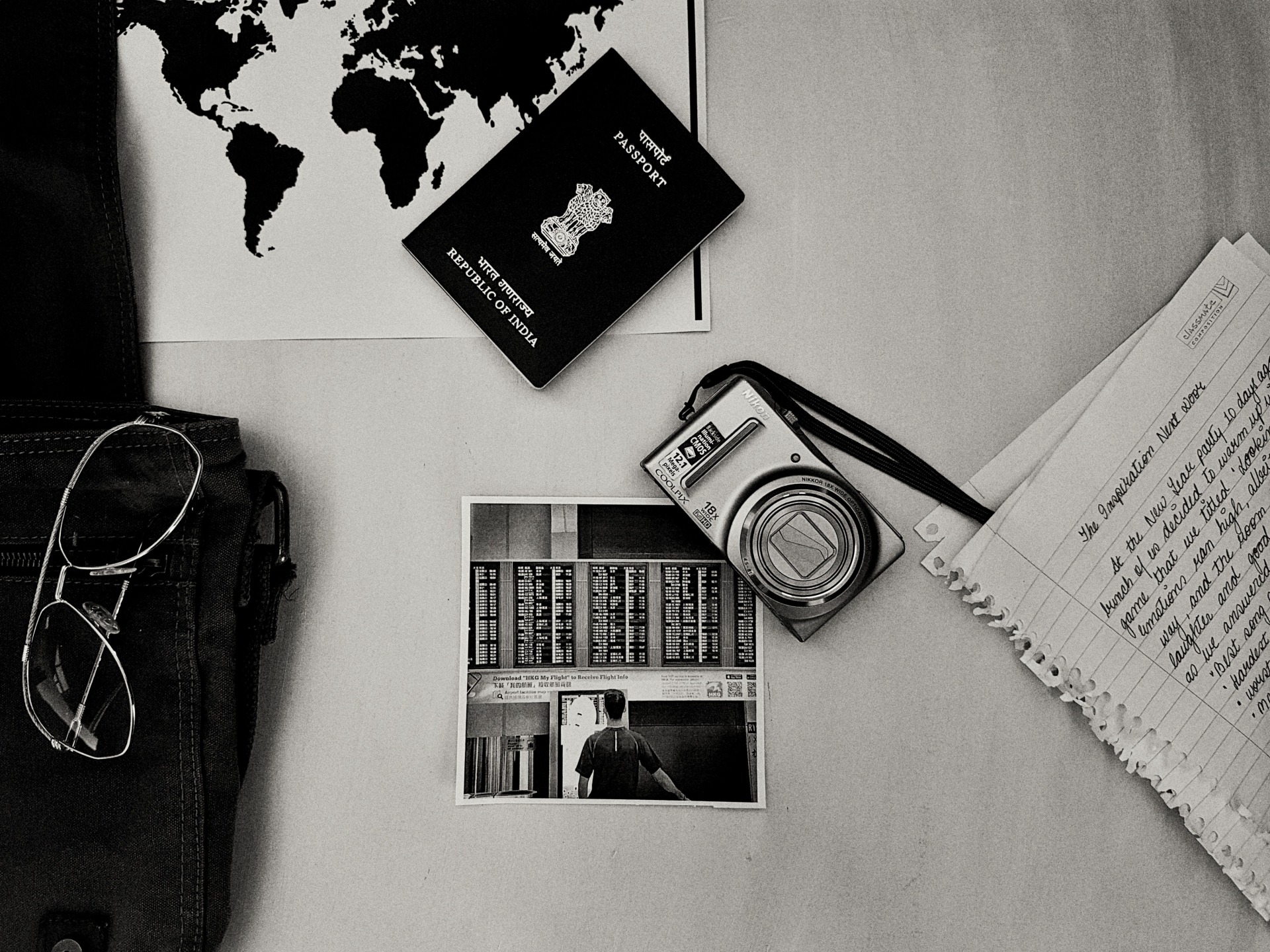 I first heard about him when a friend and I were doing trial runs for the blog, sharing them with a select group of people for feedback. “He is an avid traveller. He used to blog too but it’s been a while since he wrote,” said Rem, explaining why his inputs on this blog would be helpful. “He has travelled to at least 50 countries and more. He is spending the New Year in Sri Lanka,” she added.

“Wait! What? Fifty countries at 33 and he has managed that while he works? Are you kidding me! How? Is travelling his job? Can he get me a job like his? Which places has he travelled to? How does he decide on his travel destinations? Where is he off to next?” Part jealous and part amazed, I sent a volley of questions Rem’s way, wondering how someone so young has managed to achieve a traveller’s dream while balancing his professional life. I was impressed.

Well aware of the way my mind works – and probably a little irritated by my questions – Rem decided to connect me with Varun so I could pepper him with questions, from one traveller to another.

What does a girl who has travelled to just a handful of places and only recently made her debut as a solo traveller ask a veteran solo traveller? A lot apparently, ranging from the obvious to the philosophical, including the million-dollar question “What does travelling give you.”

Here are bits and pieces from an hour-long conversation that turned out to be a treasure trove of information and inspiration.

“My first memories of travel are regular family holidays with parents to lovely spots in the Himalayas like Darjeeling, Kalimpong, Manali, Nainital. My family is crazy about the mountains. My mom’s from Kalimpong, my brother has studied in Darjeeling; resultantly, half my childhood has been spent in the hills. I think that was phase one, those road journeys in the hills.

“The second travel phase was probably when I was in Europe for an exchange programme, around 10 years ago. That was the first time I had stepped out of the country. It was three months of studies and backpacking across Europe. That was my first taste of solo travel, with the sense of experiencing things for the first time outside a comfort zone, sans any kind of layering.”

Bitten by the travel bug

“The travel itch hit after my first job placement. There is no romantic setting to that realisation,” says Varun of his two year work period that saw him “unfortunately at that point of time but definitely fortunately now that I look back” deputed in rural India.

“I travelled every single day to a different village and that gave me a diverse geographical indication of our country, from West Bengal to Uttar Pradesh and more. Every day I would head out into the villages and towns with less than 5,000 people and then come back to a known place, the hotel. This happened daily for two years. This time, the third phase of my travels, came with the realisation of how fortunate a person is relatively in the world and the whole aspect of time – where a person is in during a particular stage in life.

“I’ve not had the opportunity to revisit rural India with that intensity or at that length. But whenever I do travel in India, if I am crossing such places then I make it a point to stop at a small shop or admire the farmland. That is an intrinsic part of my traveller heart.”

“After the two years in rural India, I lived in Munich and New Jersey, working from these cities. I think this would be the fourth phase as I travelled every single day, experiencing a different culture every single day.”

Over the years, however, Varun feels his way of travelling has seen a change. Probably because of the overall aura of the world as it is now. “I hate to say this but I think I was more adventurous and crazy before. I used to go into areas which I am not supposed wherever it was. Now I am focussed on things I want to see in a place rather than do those absolutely crazy things. That is one of the things I won’t say I regret but miss out on.”

The Kolkata bred man prefers to stick to certain traditional ways of travel over the technological convenience of today. “Generally travelling has become more convenient now – you have smartphones, Google translator, offline maps and currency cards. But I try not to use these to maximum capacity. I still prefer to open a map and ask questions to the locals who might not understand a word of what I am saying but can make sense of my queries through my actions! If you ask me to choose between that age and this, I would choose the prior. There was more human connect, people spoke to each other.

“Today, there are places I travel to where brown skin people are not in multitude and I get strange looks. I am thick-skinned so doesn’t affect me much but it’s sad. People have become more judgemental. And I can’t blame them because it’s the way the system is filling their brains. We all are part of that system.”

Travel, an experience of the unknown

“The foundation for travel is basically the newness of everything. The opportunity to experience things in life I’ve not seen or heard. This leads to a different way of learning, you start questioning and putting things into perspective, you unlearn and form opinions.

“Over time, travelling has also become a space where I can sort out things in my head. For example if I am down and out, I am stressed, if I am very happy or I need to celebrate, the first thing that comes to my mind is to head out. It could be going to the hills or the beach, it could be a place with a language I don’t understand; I would be at peace.”

Of people and places

The main aspects of travelling, says Varun, are places and people.

“There are marvels of nature spread across the world, the formations and play of nature whether it is water, earth, light. I am a sucker for landscapes and nature. As for people, you can’t sit in your house and meet all the people in the world. We know that each person has their own story and every story is inspiring in its own way; you learn from it. There is a commonality among people in terms of emotions like joy and tears. Even though it’s a huge planet, I feel in certain aspects life is not different from what we have in a Bangalore or a Georgia. The basic fabric is the same. That is the larger piece of learning I have encapsulated in my travels.”

“You cannot do this to me! That should not even be a question” laughs out Varun when I ask him to choose his favourite travel experiences. After a bit of thinking and an email in my inbox a day after our conversation, the inspiring traveller says, “One would be Ladakh, India – I was so happy because I had planned that trip three times and it had never worked out. When I went there and saw the landscape, I was in awe at the sheer magic of nature. You feel so small and humble, you realise your place on earth.

“The second trip was when I was out of my comfort zone in Iceland. A place I would want to highlight is Bosnia – one of the unfortunate places in the world to have experienced war in our generation. To hear the stories of hardships and life from individuals who are similar in age was shocking and an eye-opener.”

Stick around for more suggestions on solo travel, packing essentials and other tips from Varun and me soon. You too can be a part of Varun’s travel tales. Just follow him on Instagram @the_voyagers_desk or join his community The Voyagers’ Desk on Facebook. Psstt… hope you’ve followed From The on Facebook and Instagram. Not yet? Please do!

Ways to fit reading into your busy schedule