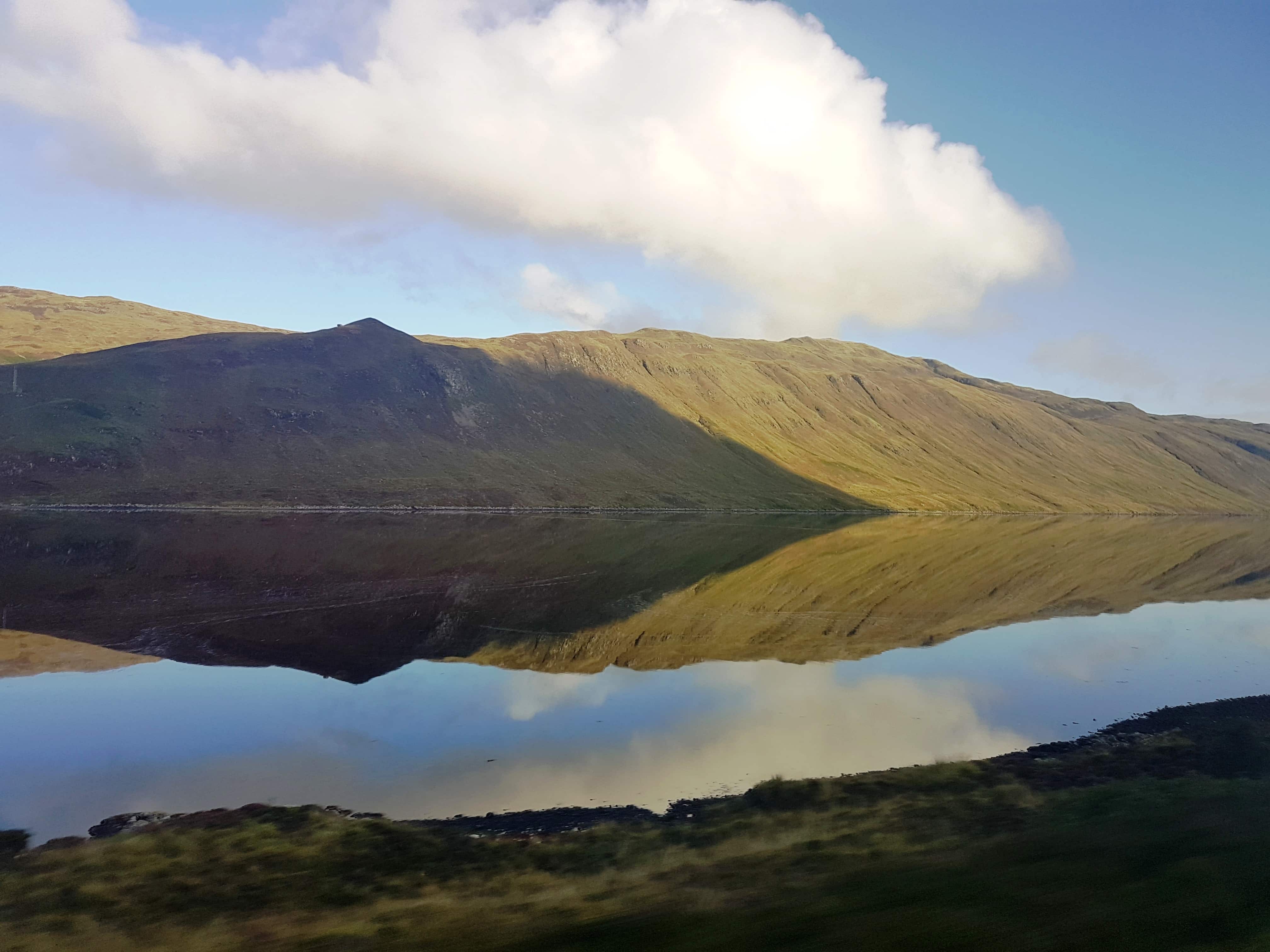 Scotland: Why, When, How

Looking back, the year 2017 was like the craziest roller coaster ride in an amusement park leaving me, the rider, nervous, exhilarated and other things unfamiliar. But the Gods of Travel were undoubtedly kind to me. How else does one get lucky enough to have checked two places from their travel wish list in a year!

Yes! Yours truly went on a three-day trip to Athens (with the elder sister and her husband) and a week-long solo trip to Scotland; the first in May and the second in August. Athens was a special treat because of the… hold on. I’ll come to that later. How about I regale you (I hope) with stories of the last trip of 2017 to Scotland first and then we head to Athens?

The Hows and Whys

Now I could give you a rather romantic answer if you were to ask what made me choose Scotland for my solo travel debut. But to be honest, my visa to the United Kingdom was about to expire in four months and for once in my life, I wanted to use said visa to enter the Queen’s Land more than once. Strange? Nope. That’s me.
It took a bit of convincing and some negotiations with the parents before they were comfortable with the idea of me travelling alone in an unknown land. That Baba had visited Edinburgh in the early 1980s and has fond memories of the place made things a bit easier. Ask him, “What did you think of Scotland,” and he will gladly pull out the old photo albums for a show-and-tell.

There was, however, one condition the parents had stated: “Ensure your flight tickets and accommodations in Scotland are sorted out before you leave India.” My reaction: “Oh sure! That should be a breeze.” If only my life’s plans were are as smooth as that.

With summer coming to an end in the United Kingdom I planned to travel in August and assumed that accommodation and tour availability would not be an issue since school holidays at destination country would be over. I was in for a rude shock.

Hotels booked. Hostels booked. Tours booked. Skyrocketing flight fares. A friend from a travel agency even managed to reserve me a space in a ‘trips for singles only’ but the reservation was sold out in 5 hours! One would think it would be easy to find space for one person in all of Edinburgh but boy was I wrong! The scramble for bookings led to some sleepless nights as Didi and I frantically tried to finalise the nitty gritties of the trip. “Why on earth is it so freaking difficult!” I asked the older sister, at my wits end!

Cue music for the first mega learning from my Scotland trip:
Thou shall always research the social calendar of desired destination before planning a sojourn.

You see, I had been stumped at most quarters because of the phenomenon that is the Edinburgh Festival, that unique gathering when the capital of Scotland is on art and culture high. No jokes! This is a month (mostly August) of revelry where the city is host to a variety of art and cultural events that bring together people from across the globe – to perform and to view. This roughly translates into the reality that this is the worst time and yet the best time to be travelling to Scotland.

My dreams of staying in a quaint bed and breakfast operated by a cute old couple who would cook traditional Scottish breakfast and share folklore while seated around the peat fire at nights were dashed. Nevertheless, after much fretting and nail-biting, Didi and I managed to:

I opted for low-cost carrier EasyJet but you could always choose other options, especially if you feel packing for a week in a cabin bag would be #MissionImpossible. In the case of EasyJet, you need to shell out extra for check-in luggage. You could also join group tours with travel companies– they would take care of your travel, itinerary, stay and food. If you have the option of travelling from London, then do choose the train journey. I’ve been told the view of the route taken is mesmerising. #NextTime

# Book a trip to the Isle of Skye

I valiantly tried to book myself through various websites but was let down until Tours4Fun popped up with some interesting options. Lucky me was able to get a seat on a 3-day tour with Rabbies. Brilliant and most recommended.

BnB dreams dashed, I ended up staying in properties of AccorHotels – Mercure and Ibis. Low on the cute and quaint quotient, I loved them simply for the beds! After a long day of walking-eating-exploring, the feeling of being able to sink into a luscious bed is #bliss.

So there! Bookings safely deposited in my inbox and packing underway – I was flying from India to Heathrow, would head to Bristol for a short stay at the sister’s, head to Edinburgh, return to Bristol and then India – I buckled down for some serious internet surfing. After all, this is the treasure trove where you can find answers for anything and everything under the sun and the moon, right! Well, almost. I got down making a list of places to see, things to experience and food I absolutely must eat.

The perks of travelling alone, however, are that you can make several lists and when the mood insists, just toss them in the nearest bin. Between visiting J K Rowling’s ‘workspace’ to sharing drinks with strangers while listening to live Scottish music or clambering up hills in the Highlands with fever and a twisted ankle, none of what I did while in Edinburgh, Glasgow and Isle of Skye had been on my list. But it turned out to be a gala trip nevertheless.