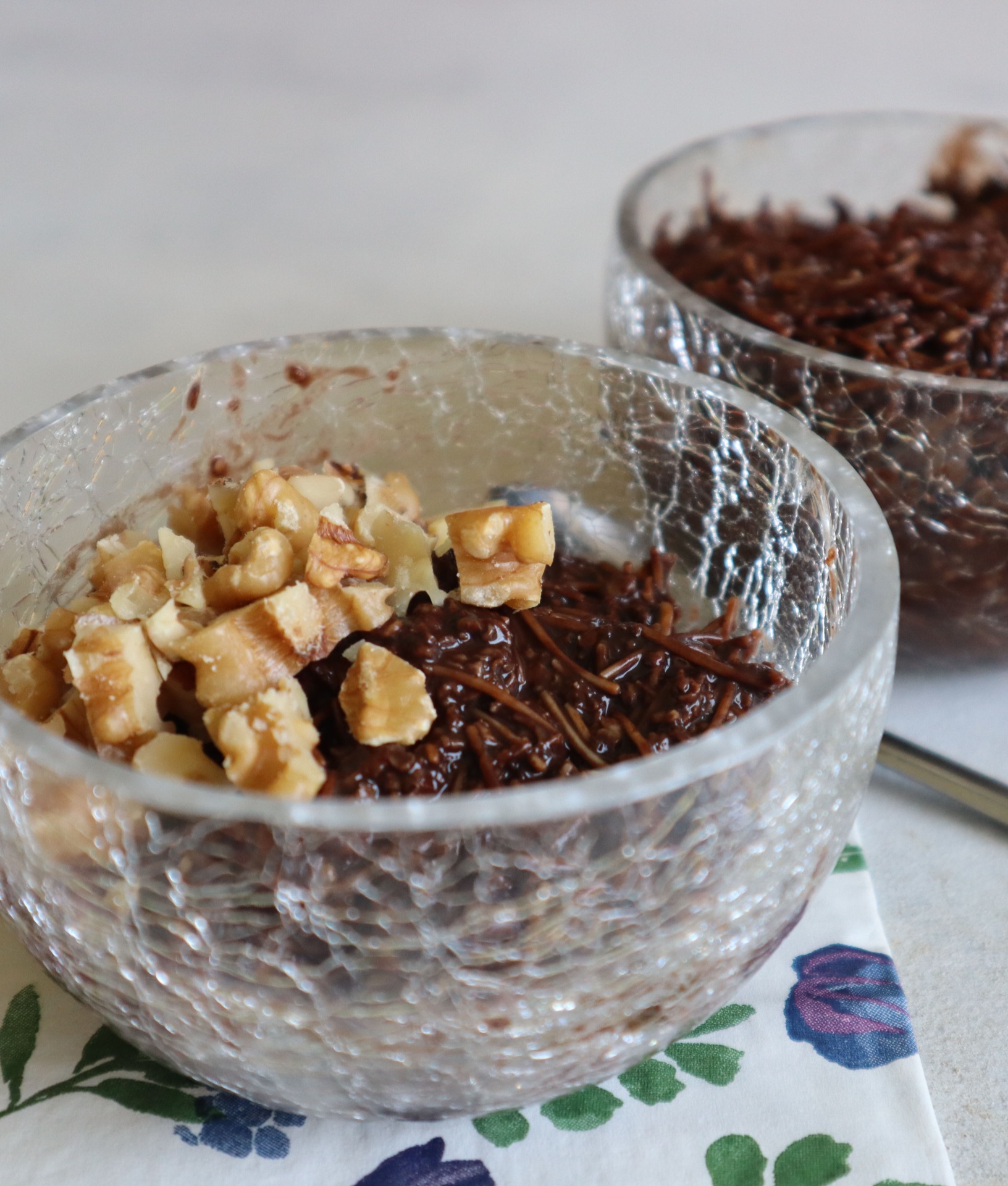 Do you know those times when you set out to make something, stumble and screw up, work around it and then come out with something nicer? Yup! That’s how this Oats Vermicelli Pudding came about. The story of this pudding is similar to that of a movie that lost its plot but manages to end on a decent note. In this case, I’d say it ended on a tasty spoonful.

The recipe came about during the lockdown, when our meal times and menus went haywire because we don’t really have a set routine, despite numerous attempts. The three of us (the parents and me) ate when we were hungry – the parents attempted to maintain their meal times but my appetite (and I) had a timetable of its own. On most days, my 2 mugs of coffee and late breakfast would tide me through lunchtime and shaam ki chai (evening tea), till an early dinner. Which meant that breakfast had to be substantial – it had to be pondered over and planned (depending on what we had in stock) before execution.

It was during one of these ponderings and wondering times when Maa suggested eating oats & milk for breakfast. My response was a resounding NO. But since we were living in a time when the kitchen pantry was stocked with the strangest of combinations and fresh produce was a precious commodity, I decided to pull up those big girl pants and eat oats – but my way. While referring to everyone’s favourite Google search for some palatable oat recipes, I found suggestions for overnight oats which, in the photographs at least, looked like puddings in the morning! THAT caught my attention and I decided to attempt one of the recipes that seemed easy, didn’t need sugar and involved chocolate. A bowl full of chocolatey-oats went into the refrigerator at night. And the next morning, I skipped to the refrigerator to tuck into my bowl of oats. Only to stare at the bowl in horror. It was a sludgy mess!

I was near tears (yes, food makes me emotional) when the mothership suggested we salvage it with vermicelli. Some permutations and combinations later… ta-da! We had a nice thick bowl of Overnight Oats Vermicelli Pudding that was super easy to make, healthy and was being eaten as breakfast, for dessert and even used as the base for a sundae!

So, without further ado, here’s the recipe. If you make it, don’t forget to tell me. Tag me on Instagram @from.the.corner.table and Facebook From The Corner Table. If you’ve not subscribed to the newsletter yet, pretty please do it!