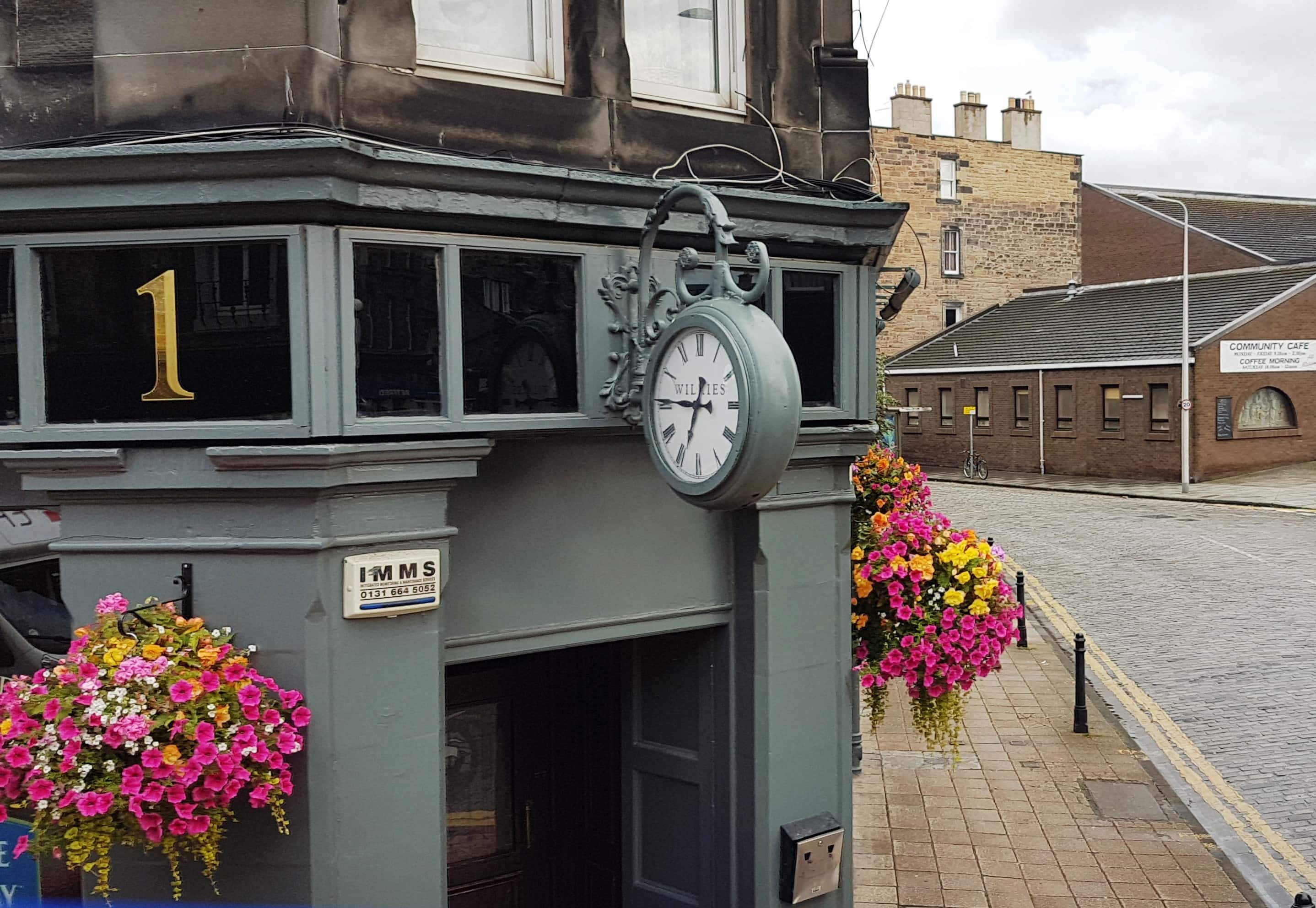 Around the time I had been reading about Scotland, especially Edinburgh, I remember stumbling upon the statement “But Edinburgh is a mad god’s dream.” Now I don’t know about mad gods and goddesses but I do know that it is a city of Good Samaritans. Do you remember where we left off in the last post? That bit about me having a near meltdown in the gift store of the Edinburgh Castle? (Read Crushing on Edinburgh Chapter 1)

Well, while I do remember that nerve-racking anxiety, I also have a clear memory of a gentleman walking up to me. It seems he saw the visibly distressed me and want to know if he and the ‘missus could help’. Don’t ask me why, but I ended up sharing my concern with him.

This article was first published on this blog in December 2017.

With a gentle smile and a hug (from Mrs. Clause lookalike missus), the couple suggested I hop on to one of the tour buses – there are three Edinburgh Tour, Majestic Tour, City Sightseeing – the next day. And perhaps a shot of whisky or considering the hour, some Irn Bru, before I move on to my next stop. Having pacified me, the couple went their way, but only after the gentleman reminded me, “Young girl, you will never ever be able to see a place in its entirety. Can you say you know every inch of the city you live in? That is the beauty of travelling, and that too alone. You set your pace, choose the places you want to visit, what you want to eat, and leave the rest for your next trip. Edinburgh, after all, is a city that will draw you back.” #wisewords #wordsofwisdom #wordstoremember

Note: The three bus tours follow three different tours but they tend to overlap at some points. You can shell out money for specific buses or you can buy a ticket that allows you to board all the three buses. Do check for the schemes and validity of the tickets before you buy them.

Heartened by the wise words – which I intend to get printed, framed and hung in my room – the next day, I bought a ticket to one of these buses and enjoyed a ride from the Waverly Railway Station and back. The route saw the bus winding through beautiful streets and narrow lanes tucked far away from the bustle of the festival as we drove from the New Town, past the Royal Botanic Garden, Leithe Cruise Terminal, stopping to let down passengers at the Royal Yacht Britannia and Palace of Holyroodhouse before I hopped off at the Scottish Parliament. Opting for a different bus on the way back, I found myself on a ride that took the route from the Scott Monument to the Scottish National Gallery, Floral Clock, St John’s Church, Grassmarket, Greyfriar’s Kirk, George Heriot’s School, Lawnmarket, National Museum of Scotland, Museum of Childhood, Royal Mile, Scottish Parliament and Burns Monument.

Other places I visited & recommend

Museums in Edinburgh don’t charge an entry fee so do make the most of it and visit the Museum of Scotland, the People’s Story Museum and Writers’ Museum. If you are pressed for time at the Museum of Scotland (it is big), refer to their brochure, choose the exhibits you want to see, locate-view-scoot. The People’s Story Museum and the Writers’ Museum are smaller exhibits that would not take more than 30 minutes each. The first is filled with exhibits that give you an idea of the life of an ordinary citizen in Edinburgh over the years. The Writers’ Museum is dedicated to the life of Robert Burns, Robert Louis Stevenson and Sir Walter Scott, complete with personal objects used by the trio and rare books that belonged to them. Tucked into the top floor of the museum is the printing press on which Scott’s Waverly novels were first printed. The museums tend to remain closed on weekdays so do check that before you plan your day.

If you have the guts and gumption, climb up the Scott Monument built in memory of Sir Walter Scott. It is definitely not for the fainthearted or those with claustrophobia and vertigo. Why? Because to reach the pinnacle of the monument – that reportedly provides a breathtaking panoramic view of the city skyline – you need to climb a long, narrow flight of stairs.

This one is yet again for Harry Potter fans and the ones who like a bit of horror in their lives. Head to the Greyfriars Kirkyard made famous due to the loyal dog and rumours that some of Rowling’s characters’ names were inspired by headstones at this graveyard. You can even join some ghost tours that will bring alive one of the most haunted cities of the world. Check out the City of the Dead, Ghost Bus Tour, Real Mary King’s Close and options by Mercat Tours. I would love to be part of one of these tours the next time I visit Edinburgh, hopefully with a fellow traveller to hold my hand through the dark alleys.

Also on my “must check out” list for the next visit are:
Museum of Edinburgh | Camera Obscura and World of Illusions | Palace of Holyroodhouse | Calton Hill | Arthur Hill | Edinburgh Zoo | The Edinburgh Literary Pub Tour | The Tartan Weaving Mill & Exhibition

Colours and light of ‘Festival City’

Visiting the various events taking place during the Edinburgh Festival had not been part of my plan or budget but that did not mean I missed out on the performers and entertainers from across the world. The largest arts festival in the world has the Royal Mile teeming with tourists and street performers. You can spend an entire day just walking from one street performance to the next– cycle stunts, sword students, singers with or without bands, percussionists, fire eaters and magicians, contortionists, think of an art form and you will find it here. What also amazed me is the level of organisation skills displayed by the team behind the festival. #standingovation #takeabow

The festival management has two websites dedicated to the main events and the fringe both – Edinburgh International Festival and Edinburgh Festival Fringe. Take a quick dekko and you can plan visits to the free sites at nights. I took in a band of senior citizens playing some Irish folk songs at a pub. What a delight! There are also free cabaret performances and open house sessions in the evening hours. The performances by military bands are the highlight of this festival and tickets cost a bomb.

Once upon a travel

A note from a frequent traveller