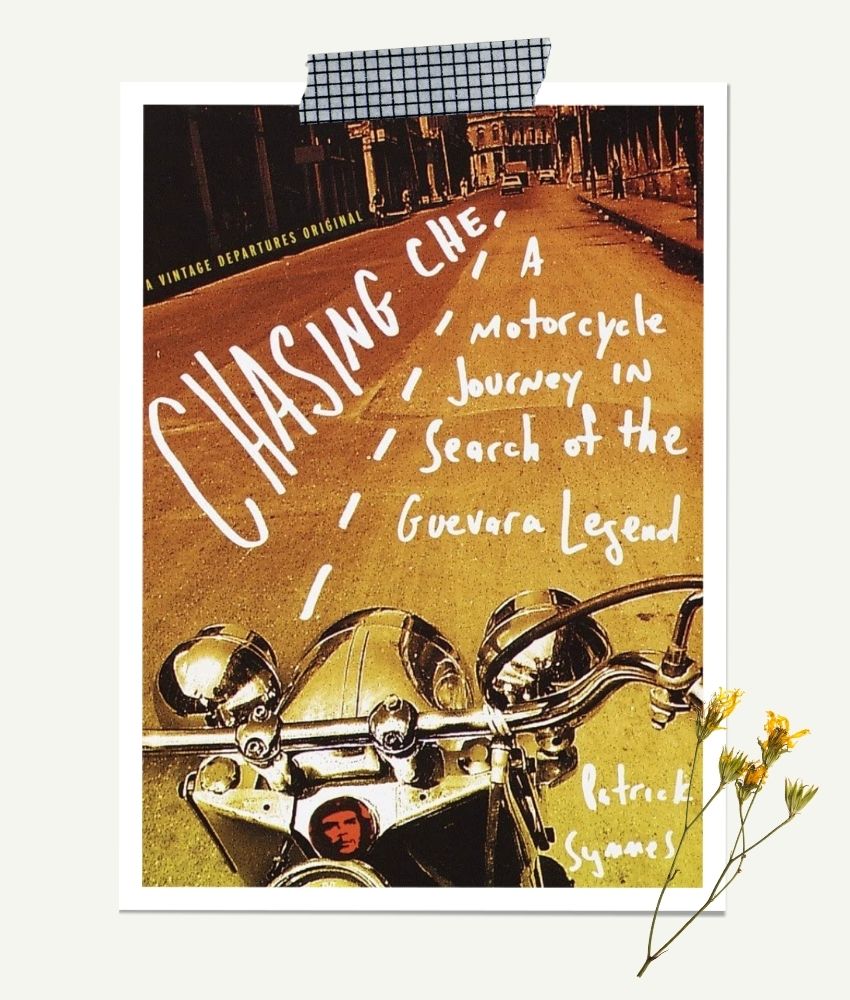 Ernesto Guevara de la Serna is a name that is, more often than not, repeated with a revered romanticism. He is spoken of like a hero, one of the famed warriors of mythology. Yet, few know what made him so.

In this book, the author retraces a journey that Guevara made with his close friend Granado in the year 1952. The subject of Guevara’s own book “Notas de Viajes” and of multiple fictionalized accounts (the movie Motorcycle Diaries with Gael Garcia Bernal playing Guevara being one of them), this trip made by the youngsters exposed them to the real South America. Nearly 40 to 45 years later, Symmes, with a motorcycle, and a copy of the book, undertakes this arduous journey through South America hoping to understand how Ernesto became Che. This journey is being undertaken at the same time as Guevara’s mortal remains were being searched for.

Patrick Symmes makes an effort to meet the people who Guevara mentions in his diary, talk to them, and understand the cultural and political landscape that his ideologies have left behind. He is lucky enough to even meet a few people who Guevara and Granado boarded with. He encounters the same abject poverty, the fear and desperation that existed back in 1952. He meets newly minted and disillusioned guerrillas, and tries to place Marxism in the context of the Latin America of the 1990s.

The book is peppered with humorous anecdotes of Symmes’ trysts with motorcycle issues and what he learns from Guevara about being shamelessly freeloading. He meets Doug Tompkins, a fellow American, who wants to give people what he thinks they need, in Chile. The rampant patronizing of the North Americas, coupled with a fast-disappearing indigenous way of life in the Andes places the continent at the dangerous brink of anarchy – ironically the same anarchy that Guevara thought was the basis of all equality – but which is being played out in reality very differently.

Patrick Symmes’ objective, realistic perspective gives us a bird’s eye view of capitalism, annihilistic socialism, violence and their impact on the lives of people. Symmes’ last stop, 10,000 miles of a ride from Buenos Aires, is Vallegrande in Bolivia where Guevara was summarily executed in 1967, after a failed attempt at a Marxist overthrow of the then President.

The book ends in an epilogue with Symmes attending Guevara’s funeral in Cuba (the mortal remains were discovered by Argentine agents later) and meeting one half of the intrepid duo who set out in 1952 – Granado. Finally, Guevara is Che, and he stands alone, his ideologies not having come to fruition the way he envisaged, yet leaving behind a legacy that leads to his name not being forgotten in the world.

I end this review with a sentence that Guevara said, displaying his bent of mind, “Each one of us, imperfect and little and terribly alone, is worth nothing”.

As Symmes notes, the exact opposite is true – “Each one of us, imperfect and little and terribly alone, is worth everything”.