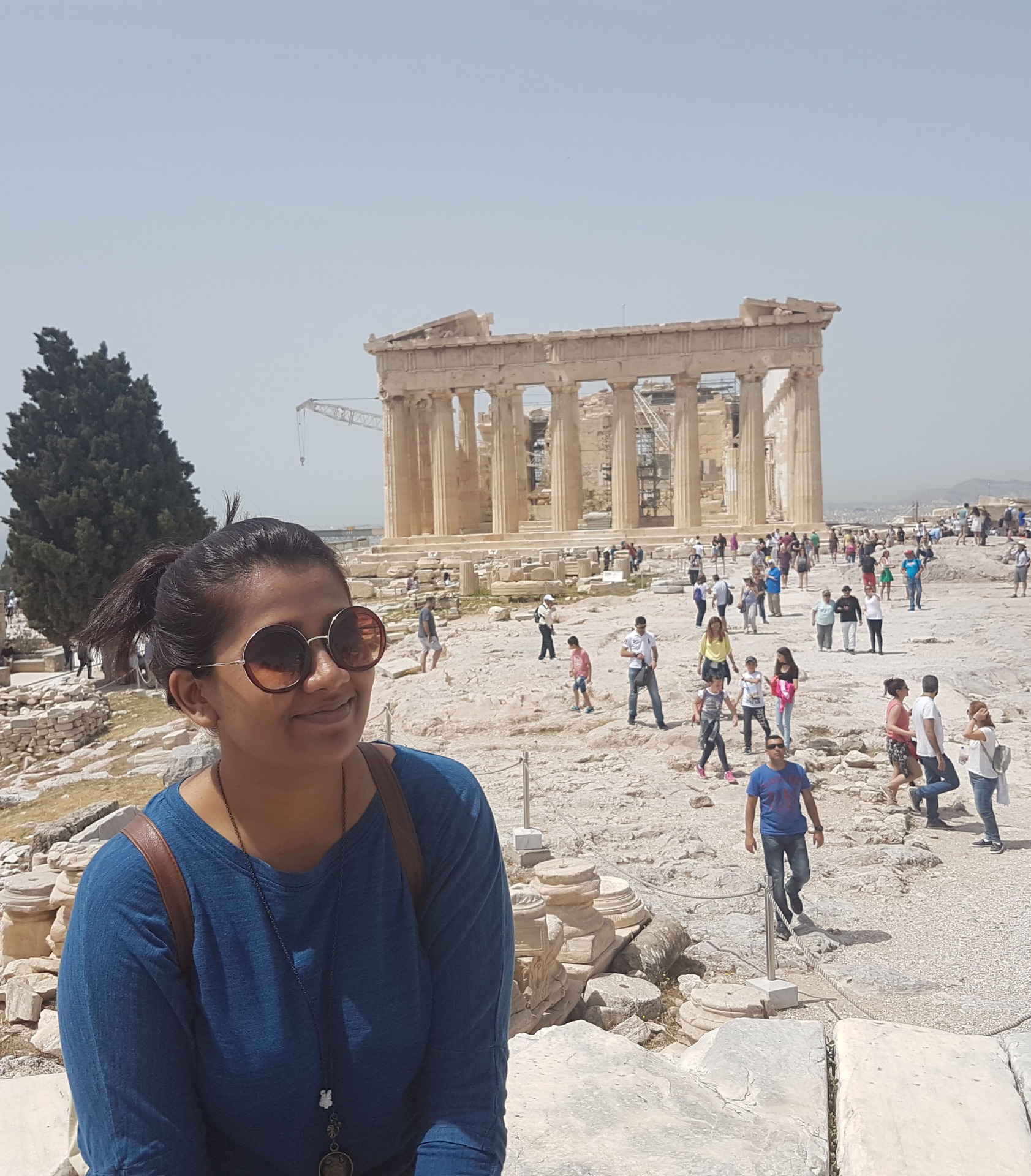 Athens, Where History Lies Under the Sun #1

Closed my eyes, took a deep breath, succumbed to a cheek splitting grin and ticked Athens off my ‘travel wish list’. And in the same breath, added the city to my ‘visit again’ list. Literally the first thing I did after returning home from a whirlwind 3 day trip to the grand old city of Athens.

History has always fascinated me – it comes from being the daughter of a history teacher, I guess. My introduction to Greek civilisation was through the famous story collection Aesop’s Fables, said to have been a storyteller in Ancient Greece. I have a faint memory of a family member reading these stories to me.

Fast forward a few years to several afternoons spent at a coffee shop near college with my best friend. Over a shared mug of coffee – because we didn’t have much pocket money – the two of us would pour over books on Greek mythology, fascinated with the emotional parallels with Indian mythology and droolable heroes. Honorary mention of the epic movie Troy here is a must! Eric Bana + Brad Pitt = dreams

Zoom ahead a few more years to 2017. As I struggled to pack for a trip to Bristol to spend time with my elder sister, her husband i.e. my brother-in-law (BIL) springs the idea of a quick trip to Athens during the May 1st bank holiday. Yippeee yaay!

A feeling of loss despite the abundance

Putting aside ticking lists of places, my trip to Athens was a bit disappointing too because…

1 It was during the bank holiday which means everything was closed on May 1. EVERYTHING! Which meant no museums, no sites, no nothing. Thank heavens eateries were open or we would have had to cook. And no one wants to enter a kitchen during their holidays.

2 My sister was a victim of pickpocketing; luckily (or not), the thief made off with a camera only. But that had photographs from the time we reached Athens late in the evening to our first meal in Athens, our first day in the city including trips to the Acropolis of Athena, the Ancient Agora of Athens, the Temple of Olympian Zeus and our trip to Delphi (Read about it in Meeting the Oracle in Delphi). So many memories, all lost. It put a major gloom on our mood. This also means all the photos you see in this post were clicked on a phone.

3 Three days is NOT enough to explore Athens and surrounding areas. We took a day trip to Delphi and it was the BOMB! We would have loved to explore Cape Sounion, Epidaurus, Thermopylae, Nafplio, Mycenae, among others.

A crash course in Greek history

Three days in Athens were akin to a revision course in Greek history. And if you are well versed in Greek mythology and armed with an active imagination (like me!), you can visualise the kings, queens and their subjects enjoy the arts in the Theatre of Dionysus, marvel at the planning of the Acropolis, pay respect to warriors laid to rest in Kerameikos or walk through the tunnel used by sportsmen at the Panathenaic Stadium.

What is absolutely fascinating is the methodical (to my eyes at least) manner in which the tangible parts of Greek history are being restored and maintained.

As per locals, stumbling upon ruins is fairly common while digging parts of the city for construction so there are rules to protect the heritage. And this rule has been applied to the metro stations too. At the Syntagma station, one can see ancient artifacts showcased behind glass cases, giving a glimpse into the lives and times of the ancients. Watch out for an arrow that leads to the excavation site right inside the Monastiraki station.

I vividly remember one of the most exciting moments of our first day in Athens was a visit to the loo! This is what happened: After our visit to the Ancient Agora of Classical Athens, the trio of me, the elder sister (Didi) and my brother-in-law (BIL) trooped into the Moma Rest & Cafe. Didi went to the washroom, came back grinning ear-to-ear and said, “Drop everything and go to the washroom.” About to protest, the excitement in her eyes stopped me and off I went to their washroom in the basement. I walked onto a clear floor through which I could see the ancient remains on which the building housing the cafe had been built! Can you even imagine that!

Acropolis of Athens, the highest point

# the Temple of Athena Parthenos also known as Parthenon (below) – a temple dedicated to goddess Athena, the patron of the people of Athens. Regarded as the symbol of Ancient Greece and civilization, it is one of the most important buildings with the high points lying in the sculptures that adorn it. The building has also served as a church, a mosque, and an ammunition storage house.

# the Erechtheion (below) – temple dedicated to the gods Athena and Poseidon

# the Theatre of Dionysus (below) – dedicated to Dionysus, the god of plays and wine, it is said to be the first theatre ever and the birthplace of Greek tragedy

A few meters from the Parthenon lies the Acropolis Museum (we skipped this owing to the crowd).

The walk from the base of the Acropolis up to the Parthenon and the other good stuff is actually a bit of a climb but is worth every bit. If not the ‘old rocks’ and ‘ruins’, the view of the city from the hilltop demands the climb. Stand at the hilltop, with the Parthenon to your back and absorb the vivid and varied skyline of the city as the wind whips through your hair. Remember, you are standing where eons ago, scores of brave humans may have stood, watching from the city they ruled over. There is an almost mystical vibe to this area and you could spend a few hours sitting here, soaking in the history (and the sun!)

While most places at the Acropolis are marked or have a signboard, I would definitely recommend using the services of a guide if you want details as you explore.

A word of warning though – being one of the most prominent tourist destinations in the world and a distinctly recognisable site on UNESCO’s list of World Heritage Centres, the Acropolis is always crowded. Compare it to the London Underground or the Chhatrapati Shivaji Terminus railway station in Mumbai, there is no escaping the crowd. So be prepared for human jams on walkways, some elbow nudging, loud voices, angry looks and stinky loos.

The Acropolis, however, is not the end of Athens. There is so much more to this gorgeous city. All of it in the next post, along with stories of some Greek food.